Will Twitter under Musk illuminate democracy or throw it into darkness? 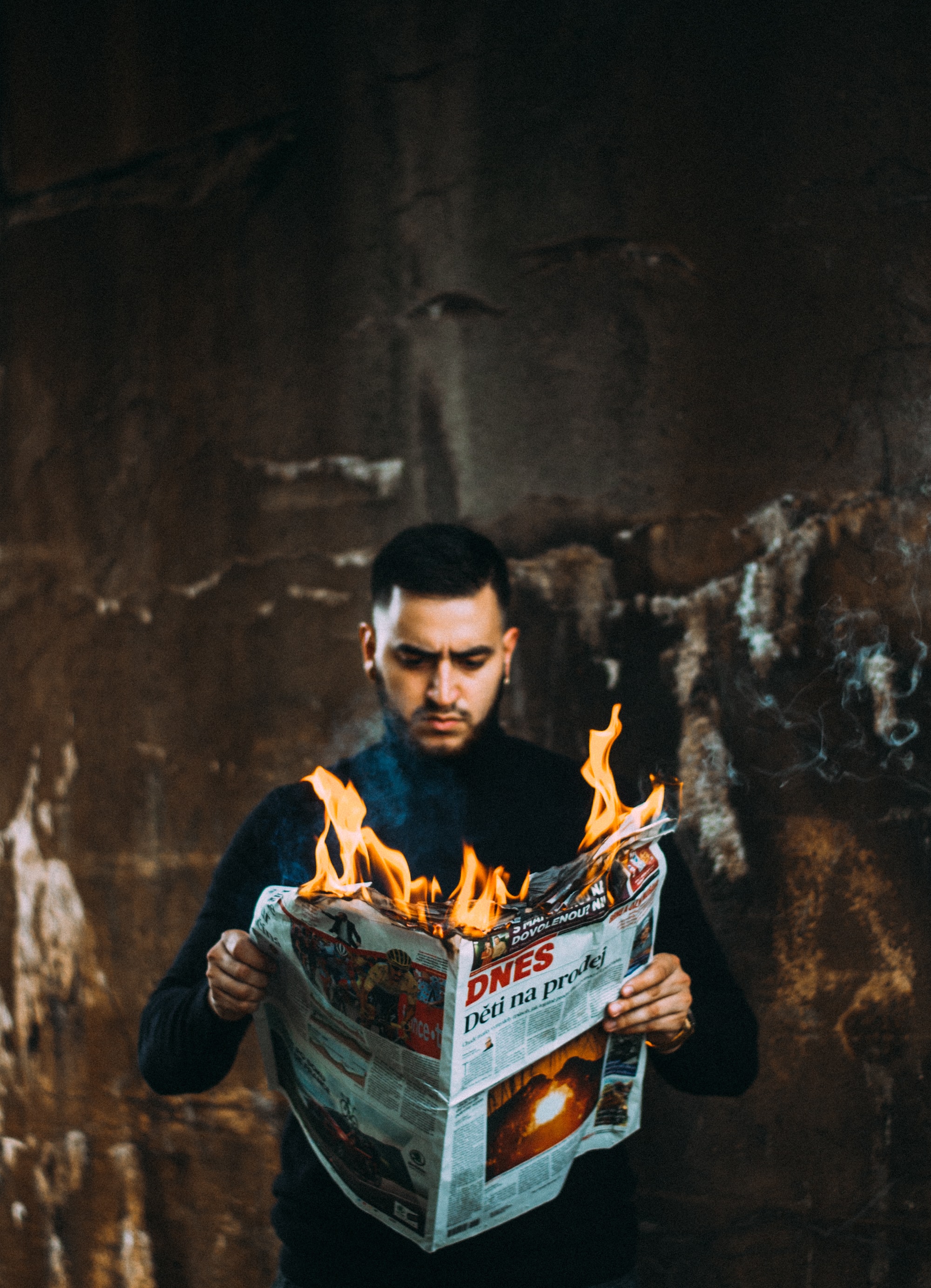 A war for free speech or a fight against fake news: money or idealism, the future of media, democracy and Twitter under Elon Musk.

"Democracy dies in darkness", states the Jeff Bezos owned Washington Post's slogan. But then the newspaper's editorial sits behind a paywall, so for most people, its articles, which are often very good, are shrouded in darkness.

The Washington Post, which is supposedly left-leaning, is there to make money for its owners. Good quality journalism costs money; how else do you pay for it?

In the UK, the state-owned TV station Channel Four exists solely to produce good content. It is funded by advertising, and any paper profit is re-invested into programme-making. Now the UK government wants to privatise it. If it was in the hands of private ownership, it could attract more investment, say supporters of the plan. On the other hand, if it were privatised, Channel Four's objectivity and the contrast it supplies to a largely right-leaning British media would be lost, say critics.

And now Elon Musk wants to own Twitter because he wants to save civilisation. He said: "My strong, intuitive sense is that having a public platform that is maximally trusted and broadly inclusive is extremely important to the future of civilisation." And he also said: "This is not a way to make money."

Public versus private versus philanthropic ownership

Of course, if a company is a PLC, it has a fiduciary duty to maximise profit. However, a grey area is introduced when you bring the long term into the equation. If a company sacrifices profit by investing in sustainable practices such as ESG, does it fails to meet its fiduciary duty?  Answer, not necessarily because it could be argued it is looking to maximise profits in the long run, because if companies fail to take account of threats such as climate change, there will be no civilisation left and no profits for shareholders.

But do managers of a publicly owned media company have a wider duty than simply making a profit?

Professor Paul Watchman, Special Legal Advisor to the United Nations Environment Programme, is a lawyer who was the project lead of the massively influential Freshfields report, which concluded that integrating ESG considerations into an investment analysis to more reliably predict financial performance "is clearly permissible and is arguably required in all jurisdictions."

I spoke to him about whether the Twitter board are legally entitled to thwart Elon Musk's bid for Twitter on grounds other than profit? For example, is it their sole duty to put the financial needs of shareholders first or do they have the right to look at other considerations? He told me that they can not use ethical, political or non-business grounds to try and stop Musk.

He said: "The fiduciary duties and statutory duties of Boards of Directors vary from country to country but not much. We have an enlightened stakeholder duty in the UK which is rare. In the US, the focus is on business decision-making….What (a company's board) must not do is to try and justify it on non-business grounds such as politics or ethics."

But on the other hand, the Twitter board could make a business case and "point to the fact that Musk has stated an avowed principle to challenge laws against hate speech which would have a business effect."

Who should own a free press?

This takes us to the core issue. A free press is a cornerstone of democracy. But how free the press is might be slightly determined by the political leanings of its owners.

And for whatever reason, media barons tend to be right-leaning.

If your politics are liberal or left-leaning, you might argue that intolerance sells, that populist newspapers appeal to the worse aspects of human nature. However, if your politics are right-leaning, you would put forward a quite different rationale and talk about the right wing press acting as a counterpoint to the likes of the BBC, Channel Four, and CNN in the US.

Elon Musk's politics, whether he is left or right-leaning, seems unclear. However, we can say he is something of a libertarian and believes in free speech and this ideology seems to underpin his rationale for wanting to buy Twitter.

But he also said if there is ambiguity over whether a certain speech (Twitter chat) should be allowed, then he would err in favour of allowing it.

There is an orange elephant in the room, Musk was keen to avoid mentioning the Trump factor, but Twitter's decision to ban Trump after the President appeared to Tweet in ways that encouraged the kind of activities that led to the events in Washington on January 6th 2021, was surely the unspoken issue.

Musk talked about temporarily banning people, "Timeouts, I think, are better than permanent bans," he said.

On this theme, Yishan Wong, former CEO of Reddit, Tweeted: "Tech platforms did not ban Trump because they disagree with his politics. If that were the reason, they would have done it already: he's been pretty clear about his politics for years.

"We have become so accustomed to the notion of 'free speech, except' that we do not realise that free speech is ALWAYS limited."

Musk responded to Yishan's Twitter thread, saying: "My most immediate takeaway from this novella of a thread is that Twitter is *way* overdue for long-form tweets!

And this takes us to another issue.

If Musk supports Twitter becoming a medium for long tweets — and by that presumably he means full-sized articles — then he seems to have in mind Twitter becoming a full publishing platform, maybe a little like Medium, or maybe in full competition with other media such as the Washington Post and Channel Four.

At the moment, Twitter is seen as complementary to traditional media; if it becomes competitive, that opens a can of worms.

This takes us back to the issue of who should own the media and whether it should have a fiduciary duty that transcends making money to serve a greater good. And if it is considered important, who determines this greater duty and how it is carried out?

The BBC and Channel Four are state-owned, but clearly, the latter is not an organ for the state — in fact, its anti-government stance might lie behind moves to privatise it. As for the BBC, both the left and right seem united in believing it is biased against them.

The gradual privatisation of the BBC may already be beginning; whether that is in the interests of democracy or whether it will condemn democracy to darkness is a debatable point.

What is not debatable is that in some countries, state-owned media is another way of saying "government propaganda arm."

But if state ownership isn't the answer to media ownership, what is?

Should decisions be made solely on financial grounds? Should the markets be allowed to determine what good or bad media is?

Or should the media be owned by individuals with their political stance, whether they be a Murdoch, the late Barclay Brothers, whose company still owns the Daily Telegraph, even after their deaths, Jeff Bezos or Elon Musk?

A fear here is amply illustrated by umpteen Bond movies. Might the media mogul be analogies to an Ernst Stavro Blofeld type character, sitting on a throne, stroking a cat, manically laughing at his devious plans?

Elon Musk sees Twitter as akin to a town square; he wants to own that town square so to make it a place of free speech — or so he says.

History tells us that the town square as a centre of democracy has been responsible for great atrocities — consider Ancient Athens, where the town square was the centre of the world's first great democracy, which lauded it over neighbours like the worse kind of tyrant.