The case against nuclear power has just got stronger: Techopian newsletter 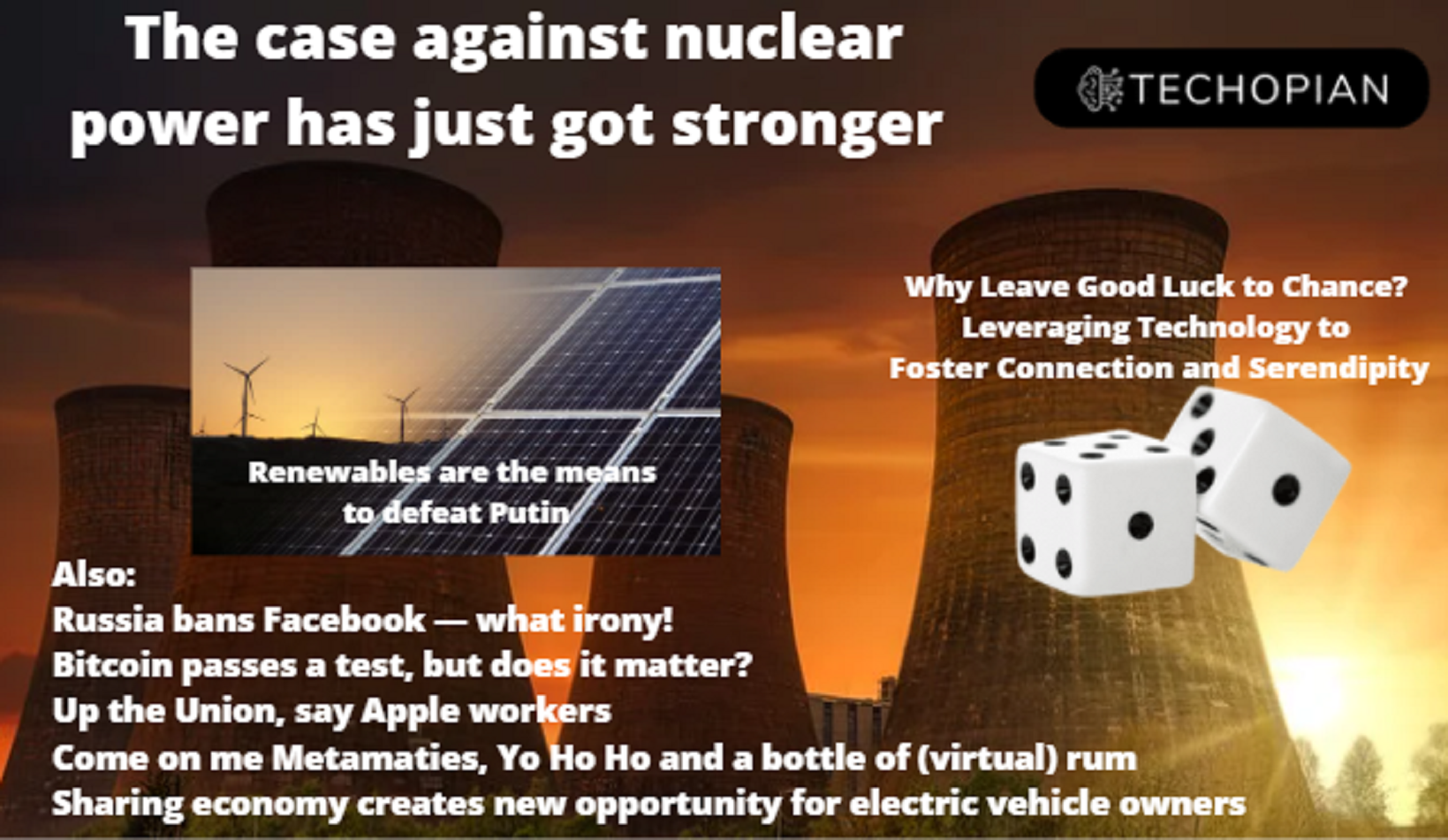 The case against nuclear power has just got stronger:

The recent Russian attack on the Zaporizhzhia nuclear power plant in Ukraine illustrates two more reasons, to join a long list, why nuclear power is such a bad idea.

This is a long read, providing a  look at the key issues surrounding the nuclear power debate.  The feature includes videos snippets from an interview we conducted with  Dr Paul Dorfman, Associate Fellow, Science Policy Research Unit, University of Sussex and chair of the Nuclear Consulting Group.

Why does it matter? Because nuclear is expensive, and it takes a long time to develop a new nuclear power station. Instead, if we were to scale-up renewables and apply various technologies and techniques to overcome the problem of intermittent supply, (which we touch on in the article) we can achieve low-cost energy with zero reliance on Russia. Government-backed  investment in nuclear may crowd out investment in the more viable alternative.

Why Leave Good Luck to Chance? Leveraging Technology to Foster Connection and Serendipity

Prof. Dr Christian Busch the bestselling author of Connect the Dots: The Art & Science of Creating Good Luck, says that there is a "science-based approach which would could us to actually help foster “unexpected good luck” (serendipity)?

"What if we could take strategic actions to cultivate “smart luck”? He asks

While stock markets saw sharp falls, Bitcoin and other cryptocurrencies surged on the Russian invasion of Ukraine. Bitcoin has passed a test, but does that test matter?

In this article, Rob Hughes recalls a disturbing incident from his childhood and makes a passionate  attack on Western leaders who says "have done nothing until it is too late."

The greatest weapon the West has at its disposal in the new Cold War is economic, and that means renewables.

While all around the globe stock markets plummet, two company's shares have done rather well. Shares in Orsted and Vestas have risen by almost a third in the last couple of weeks.

The two companies are market leaders in renewables, wind power in particular. Why is this? Because actually, while stock markets get it wrong 'sometimes', as a general rule, they are good at pricing in future potential. The markets understand that the Russian/Ukraine crisis will accelerate the shift to renewables while oil and gas are on their way out.

Up the Union, say Apple workers

Come on me Metamaties, Yo Ho Ho and a bottle of (virtual) rum

Elon Musk faces stiff opposition for the title 'entrepreneur who may be losing the plot award.' While Musk compares the Canadian Prime Minister with a certain dictator from the 1930s and 1940s, Mark Zuckerberg decides it is time to call colleagues metamates.

An opportunity for owners of electric vehicles to monetise their drive via a community charging network has gained momentum thanks to a deal between JustPark and Vauxhall.