Up the Union, say Apple workers 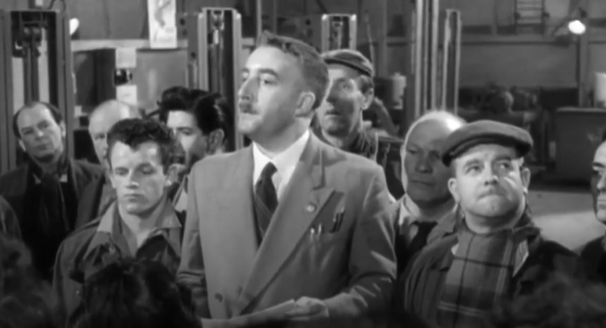 Apple does not recognise any trade unions in the United States, states Wikipedia.

"And so what," some might ask? — We live in the era of enlightened capitalism when corporations understand that being all nice and cuddly with workers is good business. Except not all workers feel all snug and safe within the embrace of their employer.

Now, workers at Apple stores in the US are looking towards unions for help. According to The Washington Post, workers in at least two stores expect to file formal petitions with the National Labor Relations Board soon.

"They're struggling, and they're hurting," said one Apple worker describing the plight of colleagues, suggesting that they don't make enough money to get by, or so the Washington Post quoted.

The move by Apple workers follows similar moves by workers at Amazon and Starbucks.

They are "spurred by wages that have stagnated below the rate of inflation," said the Jeff Bezos owned Washington Post and which has the slogan "Democracy dies in darkness."

But isn't this move towards greater unionisation an example of the cyclical nature of political trends?

The first and second industrial revolutions were associated with greater inequality and indeed abject poverty for many. The Trade Union movement of the 20th Century was a reaction against that, but by the 1970s, when economic growth slowed, and we had largely picked the low hanging fruit created by previous eras of innovation, we saw a backlash against unions. And maybe unions had, in any case, become too strong.

Neoliberalism may or may not have created positive results; who knows, maybe it encouraged the IT revolution and the so-called fourth industrial revolution to get  underway. But it also seems to have led to greater inequality, slightly longer working weeks, and perhaps eventually sowed the seeds of popular discontent leading to the rise of populist politicians.

Maybe the pendulum is swinging again. Partly encouraged by Covid, at a time when AI is beginning to change the world, when ESG becomes a new business practice, and labour shortages give more power to workers, we may be seeing the end of Neoliberal politics be replaced by a kind of enlightened capitalism in which unions seize the high ground in worker/management relationships.

And while many companies talk the talk of ESG, motivated by the opportunity it presents, sticks are likely to play a role too. And the stick of Trade Unions is powerful.

Some may react in horror, recalling the dark days of union dominance, but it is worth recalling that in their early days, unions helped ensure the fruits of capitalism trickled down rather effectively into higher wages. In this way, higher wages helped boost aggregate demand and may have supported the post World War 2 economy, which in the West enjoyed it best 25 years of growth ever.

So history is not repeating itself exactly. But, in some ways, the 2020s bear similarities to post War Europe, the 1970s and the booming US economy of the 1920s.

Nonetheless, the surge in Union interest does seem to be part of the political cycle.