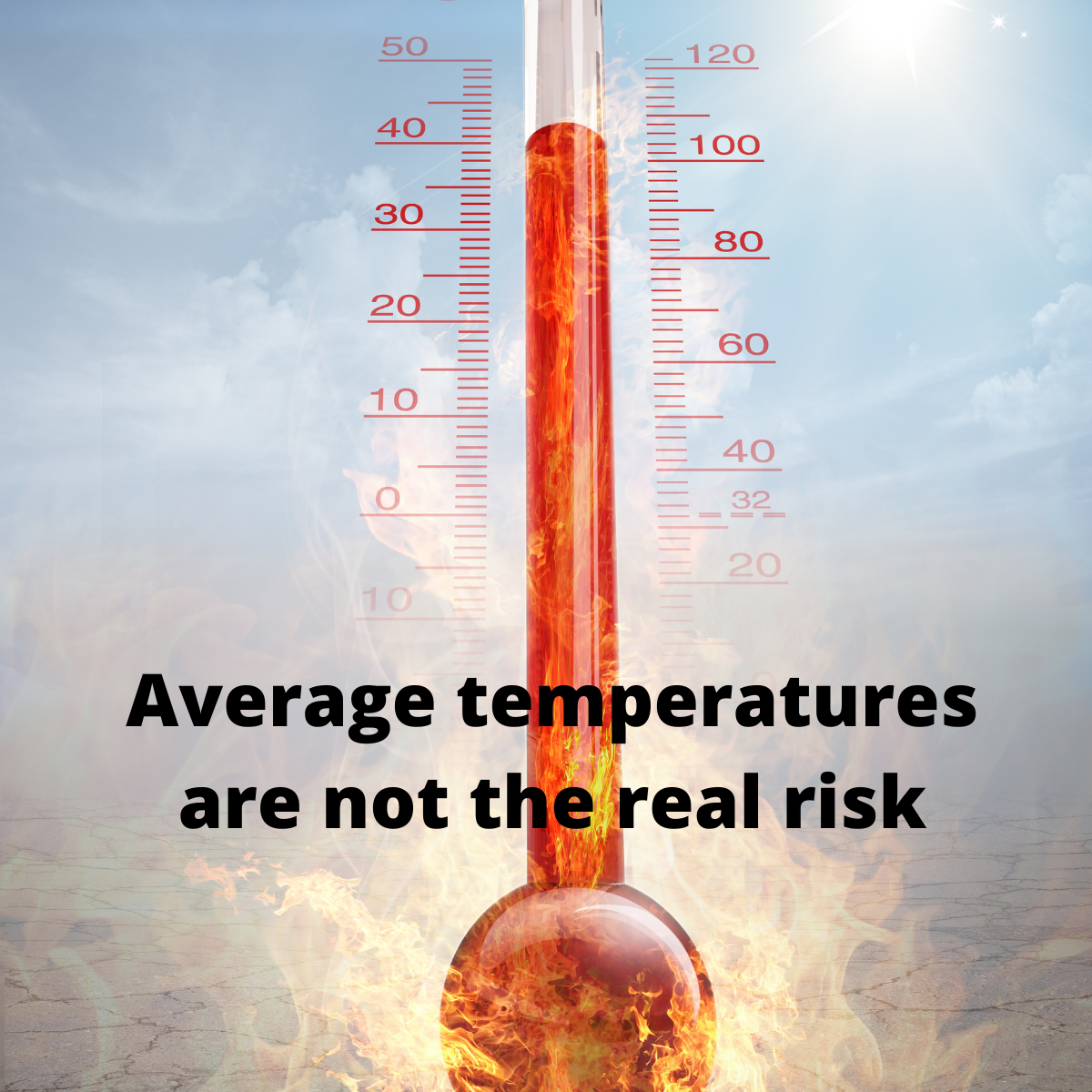 The Pacific Coast heatwave was caused by climate change concludes a paper, and this illustrates why temperature volatility is the biggest climate change risk

It is an odd thing, but when economists estimate climate change's potential costs, they seem to forget all they have learned from elsewhere. Ask any economist worth their salt about risk with stock market investing, and they will talk about volatility. In the long term, stock markets go up, but they fluctuate wildly in the short term, and if an investor gets their timing wrong, they pay a high price. This is well understood; why then is the lesson forgotten when talking about climate change?

Nobel winning economist William Nordhaus of Yale recommends limiting increases in global temperatures to 3.5 degrees.  There is much wrong with this idea, including the way future costs of climate change are discounted to give a net current value.  But there is another problem.

If average temperatures rise by 3.5 degrees, maximum temperatures might rise by much more than that. And if that happened, the results really would be disastrous.

An economist is someone who can have one foot in boiling water, one foot in freezing water and say, "on average, I feel fine" - averages can have disastrous effects

In June, the northwest coast of the US and southern Canada experienced a heatwave like it had never experienced before.  We don't know how many people died as a result, but it turns out that at least 107 people died in the US state of Oregon   and there were at least 98 deaths in Vancouver.

According to a new paper, the temperature increases seen in the region would have been virtually impossible without climate change. Or if the heatwave was not related to climate change, then at the very minimum, it was a once in a thousand years event.

The paper said that the "heatwave was about two °C hotter than it would have been if it had occurred at the beginning of the industrial revolution (when global mean temperatures were 1.2° cooler than today."

The paper warned that if average temperatures rise to two degrees above the pre-industrial revolution level (0.8 degrees above current levels), the heatwave would have seen temperatures of one degree hotter. And that is a scary thought.

It also warned that an event such as the northwest and Canadian heatwave would occur roughly every five years instead of once in a thousand years.

The consequences would be simply terrible.