Will technology extend the Dunbar number and what does this mean for remote working? 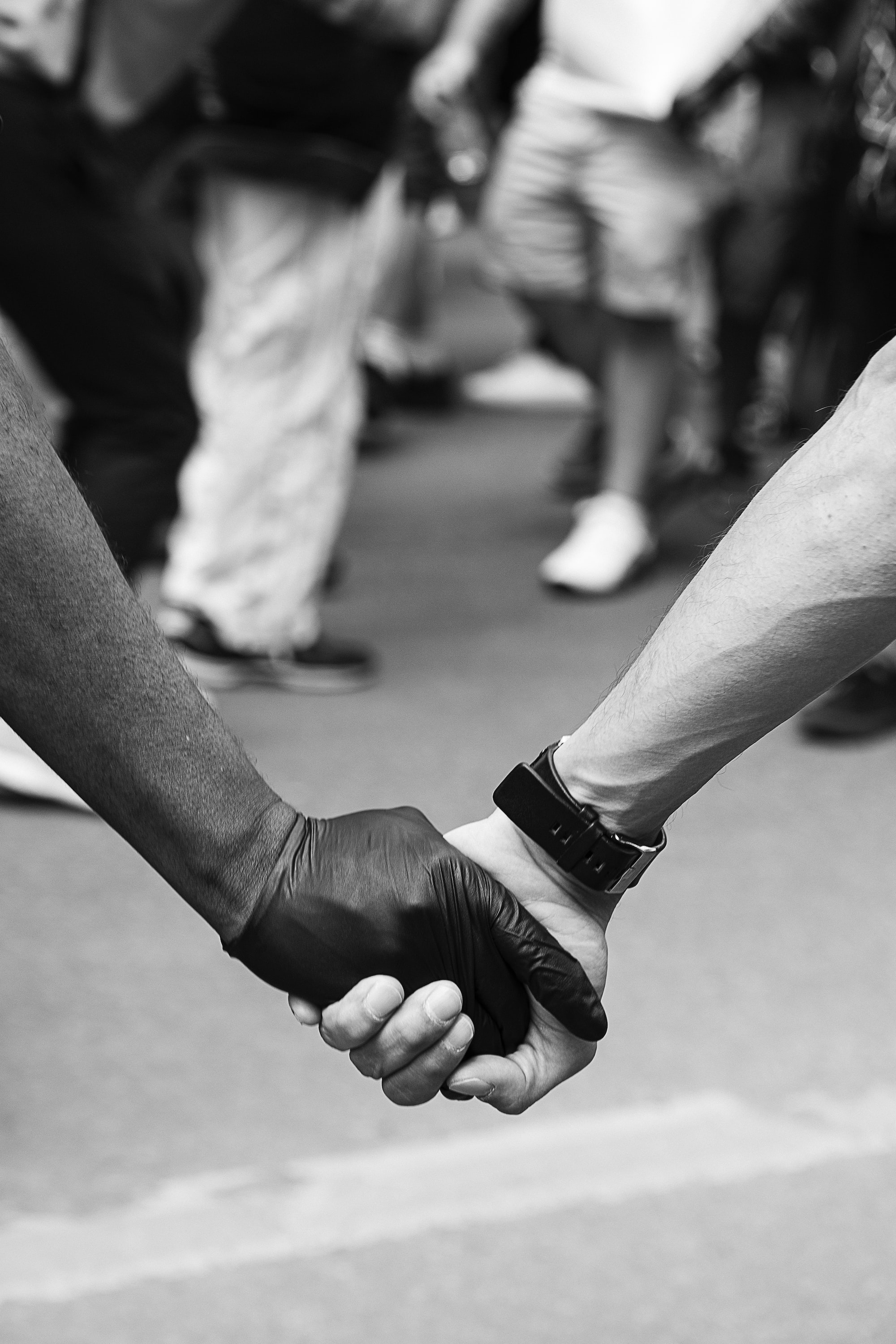 The anthropologist Robin Dunbar is brilliant, among his theories he postulates that the cognitive limit to how many people we can maintain stable social relations with, is 148, often rounded up to 150. The theory emphasises humanity’s social aspect — indeed the Dunbar number is formed because of the limit to social grooming, he suggests. But might technology change this? Unsurprisingly, the anthropologist has qualms about remote working, but might technology allow social grooming — as it were — at a distance?

Robin Dunbar initially formed the theory for which he is most well known by comparing the brain’s size with group size for various species of primates. Gibbons, for example, which boast relatively small crania, live in communities of five to six. The bigger-brained chimps typically mix in communities of between 50 and 80. Extrapolating the trajectory Dunbar believed he had identified, he concluded that the cognitive limit to the number of people we can hold stable relationships with is 148. This number has been rounded up such that the Dunbar Number is said to be 150. Contemporary hunter-gatherers live in groups of around 150. Early Neolithic villages — the remains of which have been found in Mesopotamia — had accommodation for approximately 150. The smallest unit of independent troops in the army is close to this number: 135 in the British Army and 200 in the US Army.

Dunbar’s theory goes further; he considers why and puts it down to social grooming — and the theory is important because he cuts right to the core of what it means to be human. Grooming, he suggests, promotes social cohesion. But physical grooming ceases to be practical in groups above a certain size — we need something more efficient. This is how speech enters the story.

It is a profound theory. Dunbar has also postulated that speech evolved from a form of singing, a little like birds singing. It is not hard to imagine this. After all, when we speak we don’t tend to talk in a single monotone, we raise or reduce our pitch, for example, to express ourself. It is evident, that’s why we play that game with our dogs, in which we say horrible things (like I fancy dog curry tonight) in a kind voice and the dog wags its tail.
So, maybe speech evolved to replace physical grooming, to support larger communities with the benefits that meant to our early ancestors.

Indeed, Dunbar and Leslie Aiello (another well-known individual in the field of biological anthropology) postulated that Australopithecus spp, our probable ancestors from four to one million years ago, frequented in groups of 67. Homo habilis (two to one million years ago) lived in groups of 82. In contrast, our immediate predecessor, homo erectus, lived among 111 others of its kind.  All this, they calculated based on evidence of the size of brains.

So, how is it today that we live within larger communities? Answer: for one thing, we only know a small proportion of our neighbours. We may live in a city of several million people, and we may only be separated by nine degrees from every other human on the planet. Still, we only have a stable relationship with around 150 people — or so goes the theory.

For another thing, this is why we have rules — rules and systems; they hold society together. Maybe (probably in fact) modern religions evolved to support these larger groupings.
But might technology change this?

Will technology change the Dunbar number?

Some people have thousands of ‘friends’ on social media. And frankly, they don’t know most of these people from Adam. But they can at least look at their profile and get a feel for what they are about.

To cite from Living in the age of the jerk, the book by the founders of Techopia:

“How many people have you met, but forgotten, how many times have you met someone for the second time, but only have the vaguest memory of the first meeting? As you talk, flashes come back to you, but you never fully remember.

"Technology can solve this. AI providing image recognition, wearable technology recording previous meetings, even little cameras embedded into our clothing, or even our skin, maybe just above the eye, could store a record of everything we have ever seen or done. ‘I recognise this place,’ you think. We have all had that experience as scattered memories come flooding back. Often we only remember tantalising moments; we are left with an impression of a past moment but not a full recollection.

“Sometimes, such impressions can mislead. We get a distorted view of the past – we confuse past events, we can swear blind that ‘so and so’ was at ‘such and such’ an event, but we are mixing ‘so and so’ with ‘what’s her name’.

"This is all set to change.

“When we meet someone at a party who we are vaguely aware we have met before, our AI assistant will whisper in our ear, or profile them via our augmented reality glasses or contact lens.

“You won’t always be reminded of positive things. Maybe they were a bore, or that you owe them money. They may have been a bore because they were exhausted on that occasion or suffered a tragedy the day before. Or maybe it was you; perhaps you made a fool of yourself. Do you want this person, via their AI assistant, to be reminded of how drunk you were, how embarrassing your behaviour was? For that matter, do you want to be reminded? Sometimes we are better off if our actions are forgotten.

“Such technology will clearly change us. If we can, via the support of our AI assistant, be able to have meaningful interaction with more than 150 people at any one point, are we still Homo sapiens sapiens? Have we not supplanted that which makes us human, or at least the species of human that we have been for the last 200,000 or so years?”

The Covid-19 pandemic has forced remote working upon us. But once the pandemic is over, will we go back to what it was like before?

There are two opposite views. In one view, the analogy is like taking the plunge into a cold swimming pool. We may hesitate to take the leap, then someone might push us, but then find that actually the pool is quite pleasant. The option of applying new technologies such as Zoom or Slack to support working at a distance has existed for some time, but the pandemic has forced people to use these types of technology. It has pushed us.

Recently, the BBC interviewed the great and the good concerning their views on the future of remote work. Not surprisingly Stewart Butterfield: CEO and co-founder, Slack thinks the shift to remote work will be permanent. He said: “The sudden shift to distributed work has provided a once-in-a-generation opportunity to reimagine everything about how we do our jobs and how we run our companies.”

Eric S Yuan: Founder and CEO, Zoom expressed similar ideas: “In the near future, some organisations will adopt a hybrid-work model, with certain days in the office and others remote, and might align employees’ in-office and remote schedules to create equity. Other companies will use video communications to be completely remote.”

But Robin Dunbar expressed the views of a remote working cynic, arguing that social interaction is a vital part of work. It’s the serendipitous meetings that we will lose, or so he suggested, the infamous chance meetings at the water fountain.
He said: “The digital world of Zoom and Skype is no substitute for face-to-face meetings.”

And he right, to an extent. There are compromises, of course. As Samantha Mclaren explained, there are tools out there that can help, such as GitLab  with virtual coffee breaks with an option for randomly selecting who you take the break with.  Or there are remote tools which encourage fun activities, such as online video games.

But what about the next stage in technology? Suppose augmented reality enables us to meet hologram to hologram, or virtual reality supports avatar to avatar meetings.

Maybe our hologram can travel even if we stay at home !
You can even imagine anonymous avatars — in which there is a brainstorming session between a dozen or so employees, carried out in virtual reality, but no one knows which avatar relates to which person. Such an exercise could transform the dynamic no more sycophantic employees agreeing with everything the boss says, more opportunities for the creative but shy employee to make a meaningful impact.

But the above is just an example. Just as the Dunbar number could be extended by technology, complementary theories that emphasise the importance of social interaction may need modifying.

Technology, and disruptive technology in particular,  could even change what it is to be human. Homo erectus may have been able to mix with 110 others, and us, Homo sapiens sapiens with 147, but might technology augment us, turn us into an artificially mutated species that can enable us to interact with hundreds of people and at a distance meaningfully?