Techopian Weekly - Views on the News

Thanks to technology we are winning the war against poverty

It’s Saturday, it’s raining outside, the Indian strain of the Covid virus is spreading, maybe we all need some good news. And in this weeks’ newsletter we do have  some news to warm the cockles of your heart.

Even better, there’s good news looking back over the week and good news if you want to look forward.

Global poverty has never been so low

Let’s qualify that above headline; forever is a long time, but it does seem likely that never before — or at least since we invented agriculture — has the percentage of the global population living in poverty been as low as it is today.

The always excellent Our World in Data tells the story in its latest charts.

In 1820, 76 per cent of the global population was living in absolute poverty, meaning they could not afford basic essentials such as nutrition, and adequately heated shelter. Today that percentage is down to 10 per cent.

Our World in Data

We look back to a rural idyll, when medieval peasants danced around the maypole, but actually the reality for most of us was grinding poverty — they talk about the Stone Age and Iron Age and now the Technology Age, but the common denominator for most people living in Northern Europe was, until recently, mud. Yes we lived in the Mud Age.

As Gary Kasparov said: “Technology is the reason why most of us are alive to complain about technology.”

And by the way, when some people argue that things don’t change, that 'this time' it is no different, or even argue the world follows an 80 year cycle (see, for example the Strauss–Howe generational theory https://en.m.wikipedia.org/wiki/Strauss–Howe_generational_theory) just remember the world we live in today is unrecognisable from the world 80 years ago. 180 years ago, economic growth wasn’t even a thing — before the industrial revolutions, poverty appeared to be in the past, present and future.

Things today are quite different, technology is different, the future remains a mystery, but Techopians like us can say one thing that our ancestors couldn’t say, the future will not be the same as it is today.

The International Energy Agency (IEA) was late to the renewable party, and for most of this century it was at the very most a reluctant reveller, one might say it was always stuck in the kitchen at parties. We can say this because every projection the IEA has made since 2000, on the uptake of renewable energy, turned out to be way too conservative.

But now the IEA is finally partying with its fellow Techopians,  and while the IPCC (The Intergovernmental Panel on Climate Change) remains outside in the cold, it’s welcome to join the party, but instead is more likely to complain about the noise.

The IEA has released its latest roadmap to achieving net zero emissions by 2050.  And a breath of fresh air it is too. It is not easy to compare IEA and IPCC because the IPCC presents 18 scenarios.

But broadly speaking, if comparing the IEA model with IPCC you get the following;

Here is the problem with IPCC projections; they are largely ignorant of how technology advances, especially of how some technologies advance exponentially.

The renewable energy revolution is perhaps the single best piece of good news humanity, or indeed Gaia (Mother Earth) has seen in a very long time.

Climate change world renowned expert,  Michael E Mann, and a chap you may have heard of called Bill Gates, have different theories. They both agree that climate change is a problem. Gates sees nuclear power and bioengineering projects, in which aerosols are released into the atmosphere and reflect sunlight back as being part of the solution.

Mann sees bioengineering as dangerous — if we try to artificially control the climate, what could possibly go wrong? And he sees nuclear as massively expensive and risky.

Like the IEA, investment into renewables and energy efficiency are central to his ideas.

Here’s the problem:  experts are out of fashion and billionaires are in. Bill Gates’s recent book How to avoid a climate disaster is massively outselling Mann’s book The New Climate War.  See Mann versus Gates, who is right?

Why don’t we give the renewable revolution the credit it deserves, why don’t more of us celebrate its success and cry out for more of where that came from?

Instead, arguments supporting the continued use of fossil fuels and engaging in massively expensive and risky projects to counter their effects, are still proving popular.

Conspiracy theorists talk about the Deep State, focus on how much money Al Gore has got and say that renewables are nothing more than a money making wheeze. Where such ideas come from is hard to say but thankfully they are coming from less than credible resources.

In other news, stories are emerging on how a tiny company called Exxon Mobil used an obscure device called propaganda to support the usage of fossil fuels. Exxon Mobil is an old age company — it was the largest company in the world until Apple came along and stole its crown.

The propaganda is losing, renewables are winning, the Techopians are defeating the traditionalists. Holding on to the fossil fuel idea makes Exxon Mobil look and sound like the flat earth crowd. If they don't change their business plan soon, they will be as relevant as snake oil.

The boss of Airbnb claims that people no longer need to be tethered to the same central locations to work effectively. Is the era of digital nomads upon us?

Not only is remote work here to stay, if Airbnb has its way, the remote destination we work from will be as fluid as the sea.

Talking of sea, will the concept of homeownership be washed away, like sandcastles in front of multitasking digital nomads, furiously hammering the keys on their computer, while the rising tide laps at their feet?

Some companies will resist of course, but they have two challenges. Firstly they have a recruitment crisis in the making. Secondly, their competitors who do embrace remote working and find ways to make it effective, will have much lower overheads. We have not spoken to a CFO yet who is longing for the million dollar office expense to return.

It took a meteorite to wipe out the dinosaurs, the modern day equivalent will be wiped out because they failed to spot how technology is changing the most effective way of working. See: From now on, I think I'll become a digital nomad, how about you?

A musky aroma hovers over Bitcoin

In Douglas Adam’s brilliant Techopian series, The Hitch Hikers Guide to the Galaxy, he told of a cunning way to fund a trip to the most expensive of all restaurants. The Restaurant at the End of the Universe is in the future, the distant future. So, in order to fund your visit, all you have to do is deposit one penny in an interest paying bank account, hop into a time machine, and travel into the future, where, by the magic of compound interest, you can pay for the whole experience.

You may have spotted the fatal flaw with this idea — yes, the late Adams, brilliant as he was, had never heard of quantitative easing and negative interest rates.

But maybe, in the third decade of the third millennium we have a similar opportunity. Do you fancy a trip into space — a Space X trip, perhaps? Well, here is an idea, book your trip, invest a few bucks into Dogecoin, and by the time SpaceX is ready for you, your money will have accumulated sufficiently to pay the fare.

What could possibly go wrong?

In the Marvel franchise, when arch villain Thanos snaps his fingers, things go wrong. In the real world, Elon Musk (surely more like Tony Stark than Thanos, perhaps) can snap his fingers and cryptocurrencies can either soar like a rocket or plump to new depths like an Elon Musk boring technology.

A few days ago, but it feels like a lifetime, SpaceX announced that it will be funding its moon programme via Dogecoin — at least its partner in the venture will be paying its bills with the cryptocurrency. And let’s face it, the SpaceX partner, Geometric Energy Corporation, wouldn’t have needed to have bought many Dogecoins to fund the whole thing.

See: If you've done six impossible things this morning, why not fund your SpaceX holiday with a modest punt on Dogecoin

But then Elon Musk came along and spoilt it all by saying something stupid, like “Bitcoin I no longer love you.”

Musk, smart as he is, suddenly spotted something that eluded the rest of the world (minus a few billion) and that is that Bitcoin mining is bad for the environment. Who would have thunk it.

Bitcoin, we are told, is a hedge against inflation. As all those nasty Thanoses, or central bankers by their more common name, print money, Bitcoin is the only sane thing in this mad, mad world. Or so they say.

Bizarrely, last week saw data on US inflation which sort of backed the ‘we are going to experience inflation, argument. And what did Bitcoin do? Why, it crashed of course. Mad, especially when it's supposed to be the hedge!

Then again, as another genius once said, what goes up must come down, and inflation caused by one-off price hikes, is likely to eventually go into reverse. Maybe that is why Bitcoin fell, because all those dystopians who see Bitcoin as a hedge against evil understood this. See The Musk effect: inflation surges but Bitcoin tumbles

Technology in my minds eye...

This week's newsletter was handwritten in the authors’ mind and a computer then took those thoughts and translated them into type. Not really but ...

But now researchers have worked out how to take the thoughts of a paralysed man thinking about hand writing and type them out at 90 characters a minute. This is a prime example of how technology can be used and should be used. See: Handwriting becomes literally mental thanks to brain-computer-interface

Datacentres are not all the same

And finally, if you don’t think ESG is not much cop, then think again. Dr Katja Grimme is not only a Techopian, she is an analyst too, and she has produced a case study on sustainability, she took a look at data centre builder Prior1. What makes it “special is its holistic view of sustainability,” says our favourite Techopian ESG analyst. See: Case Study on Sustainability: Prior1 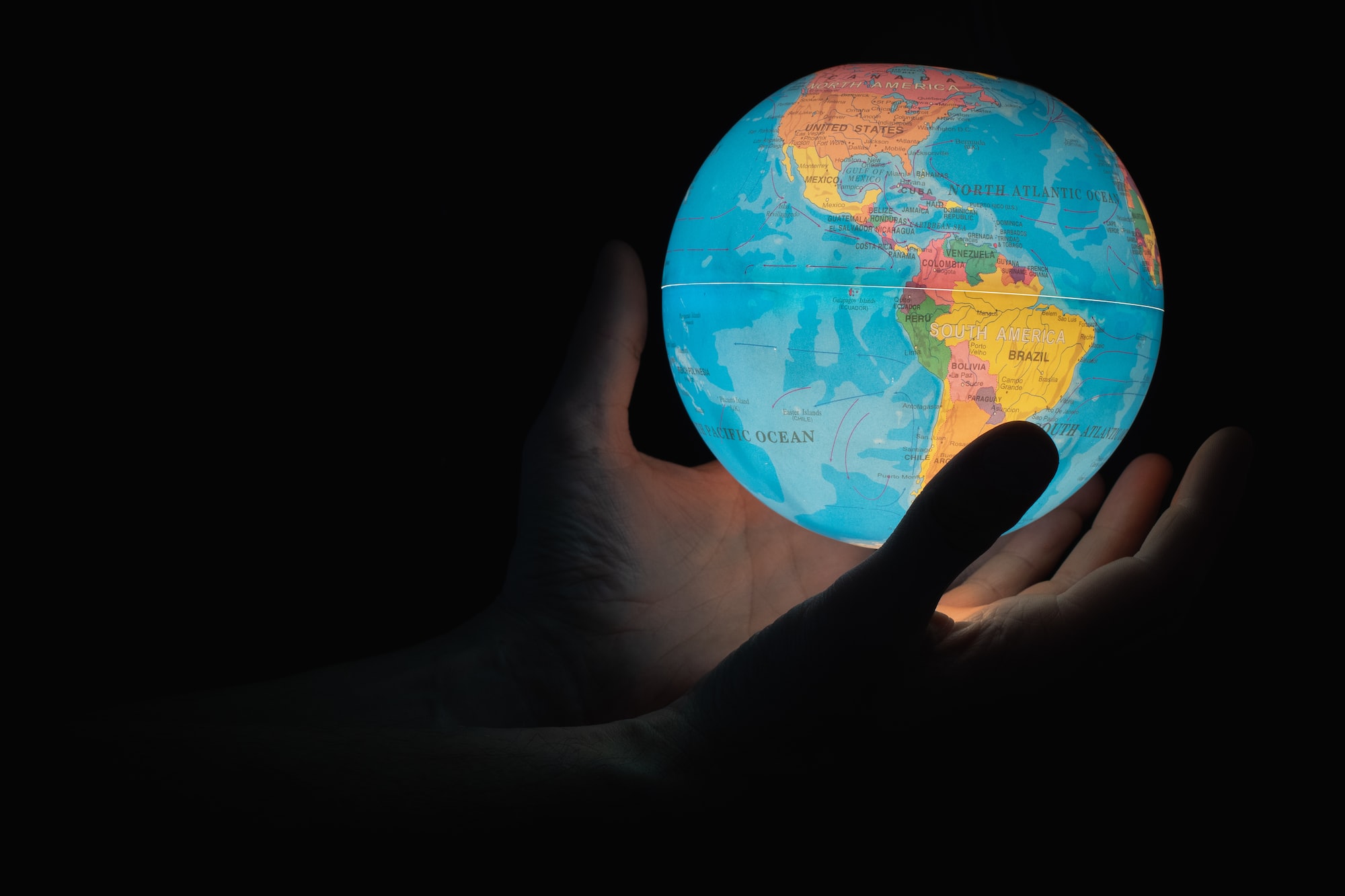