Techopian newsletter: Tesla — has the bubble burst, or is it still a disruptor? 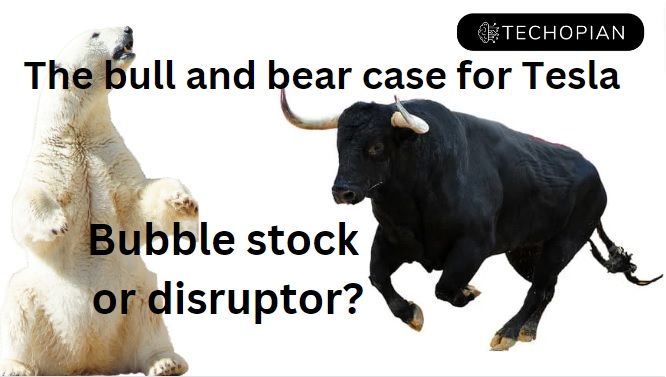 And so we see two schools of thought. One school says that Tesla has lost its key advantage over rivals.  The other school of thought say no; Tesla remains several years ahead of the opposition; it is a disruptor; it is to traditional automakers what Apple was to Nokia, Blackberry and Motorola.

Who is right? Let's look at the arguments.

ChatGPT is turning heads — well, that's an understatement. It is the most talked about product of the year so far, all 13 days of it.

However, 68.1 per cent of Software Engineers still don't use it. As a CTO, I'm telling my teams to use ChatGPT in their daily work to increase both velocity and quality.

Here we are, roughly three weeks after ChatGPT was released, and people are fretting that 68.1 per cent of software engineers are still not using it.

But for Microsoft, things are looking exciting.

Not only does it control 49 per cent of OpenAI, but the company behind ChapGPT, not only is looking at including OpenAI products within Office, it also recently launched VALL-E, a tool for converting text to speech, pre-trained on 60,000 hours of English speech data. Watch Microsoft, 2023 could be its year.

Actually, that headline is a touch misleading; the solar revolution was never really off in the first place.

The devil, they say, is in the detail, but sometimes, considering the half-truths that permeate the anti-renewables agenda, it is tempting to suspect a devilish plot.

And ask yourself this question. Why is that in 1900, global electricity generation was 8TWh and 13,500 TWh in the year 2000, but the cost of electricity plummeted? Again, to quote this report: "a unit of useful service provided by electricity in the United States was at least 200, and up to 600 times, more affordable in the year 2000 than it was in 1900!!"

Chances are you have a pretty good understanding of how electricity production increased roughly 1,000-fold while price fell 600-fold. So why is it that a plethora of reports and tweets suggest that as demand for solar power, wind power and lithium for batteries rises, the cost of renewables will inevitably rise?

Such claims seem to ignore the lesson of history.

Anyway, see this article for good news on the cost of polysilicon for solar panels.

Revolution is in the air— it may be good, but I'm scared

Mark Twain said that history doesn't repeat itself, but it rhymes. Well, if the events of Sunday, 8th January 2023 in Brazil, when supporters of outgoing President Jair Bolsonaro attacked the Presidential Palace, is not a repetition of the events of 6th January 2001 in Washington, then it is a rhyme of horrific precision.

But why? Why are see swing such similar unrest across the world?

Is revolution in the air? Is this good or bad?

What's happening to the money supply

"Inflation is always and everywhere a monetary phenomenon," or so said the economist Milton Friedman.

He was probably right. We exaggerate cost-push inflation, which tends to be temporary.

Reports say that if workers get a pay rise, costs will go up so prices will rise.

But is that correct? More likely, if wages go up, demand will rise, which may be inflationary.

But rates are rising, QE has been reversing, asset prices have been falling, and so, in theory, should the money supply.

So what has happened?

See this chart tracking M2 (one version of the money supply in the US.)

This is not a bad thing. It might have increased too much, but economic performance since 1960 would have been terrible without some growth.

But now look at M2 over the last year.

Do the recent falls in M2 scream inflation?

And remember, this is just the beginning. Expect much sharper falls in M2 this year.