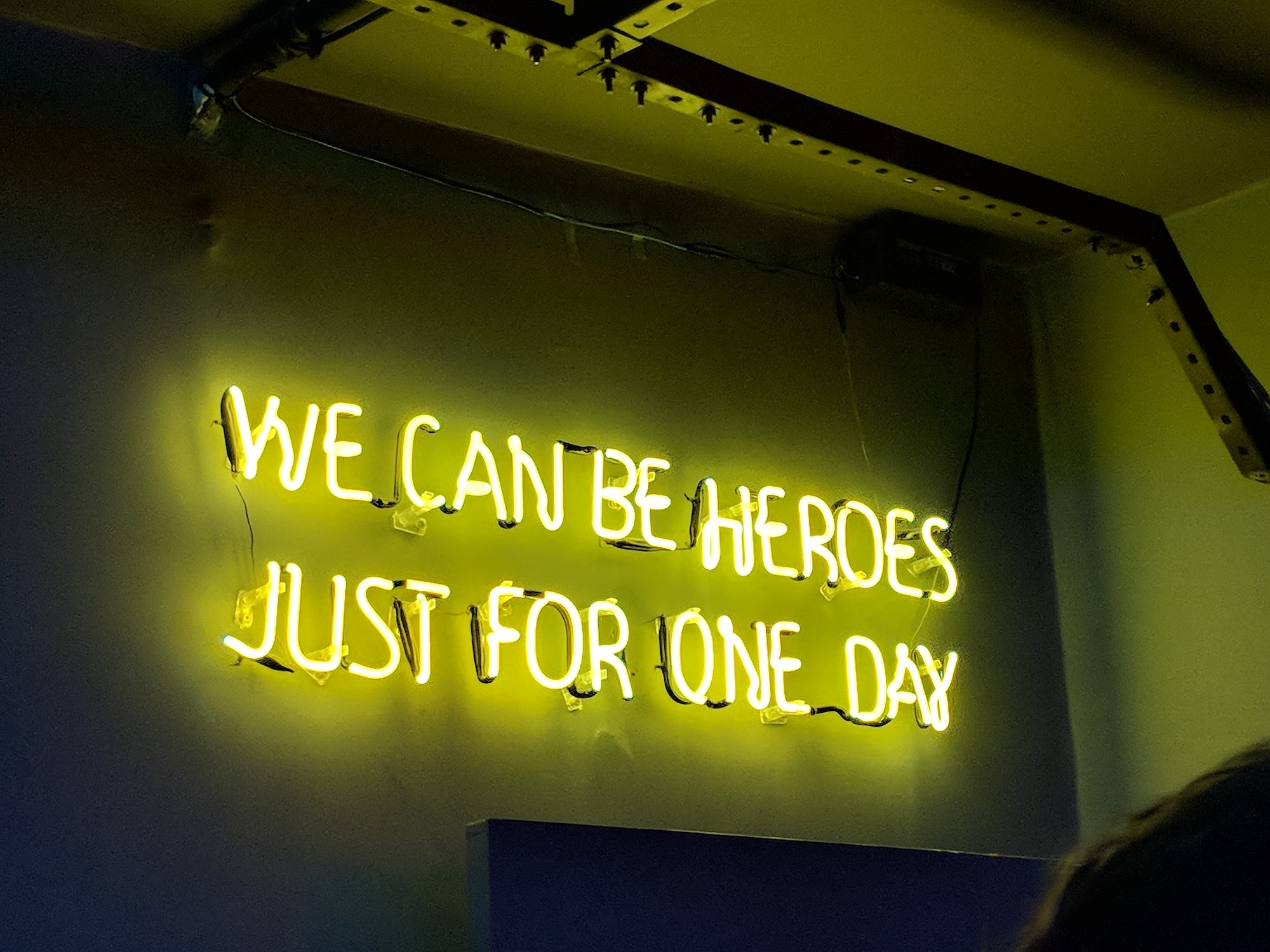 "No more heroes anymore," sang the Stranglers. Well, that's not right. There are plenty to choose from; just not everyone would agree they are heroes.

David Bowie said we could all be heroes, even if it was "just for one day," and maybe that sentiment should inspire us. After all, Andy Warhol's prediction came true, "In the future everyone will be famous for 15 minutes", and we got social media.

It is human nature to pick out heroes; no doubt our hunter-gather ancestors gathered around the fire, telling tales of heroes.

We know the Greeks loved their heroes, though they were often flawed — from temper prone Heracles, child abductor Theseus and sulking Achilles. Just like our modern sporting heroes, the Greek heroes of mythology had all too human frailties.

The modern-day equivalent of the Greek heroes are perhaps the heroes of Marvel and DC Comics.

But maybe we celebrate heroes too much and don't give enough credit to you and me.

History books recall the past through a litany of heroes.

And if we look at science, technology, and innovation, we recall the hero inventors — the brilliance of Newton and Darwin's discovery.

But do we put too much emphasis on individuals? Were Newton and Darwin really the heroes they are made out to be?

Did Issac Newton discover calculus, or was the discovery more a function of the thinking of that time? If you want to credit the individual, then explain how Gottfried Leibniz independently discovered calculus at about the same time.

Did Charles Darwin discover evolution, or was the discovery more a function of the thinking of that time? If you want to credit the individual, then explain how Alfred Russel Wallace independently discovered evolution at about the same time.

One of the great heroes of business and technology is Henry Ford. Yet he said: "I invented nothing new. I simply assembled the discoveries of other men behind whom were centuries of work. Had I worked fifty or ten or even five years before, I would have failed. So it is with every new thing. Progress happens when all the factors that make for it are ready, and then it is inevitable. To teach that a comparatively few men are responsible for the greatest forward steps of mankind is the worst sort of nonsense."

Ford understood that we credit the hero with too much and give insufficient credit to the millions of tinkerers who held push innovations forward.

Do the Olympics encourage us to admire our heroes too much? Or maybe we don't celebrate them enough, and learn from the hard work and the journey they take, just like the famous Greeks?