Is the sole purpose of business to make money? IPCC report and ESG introduces nuance 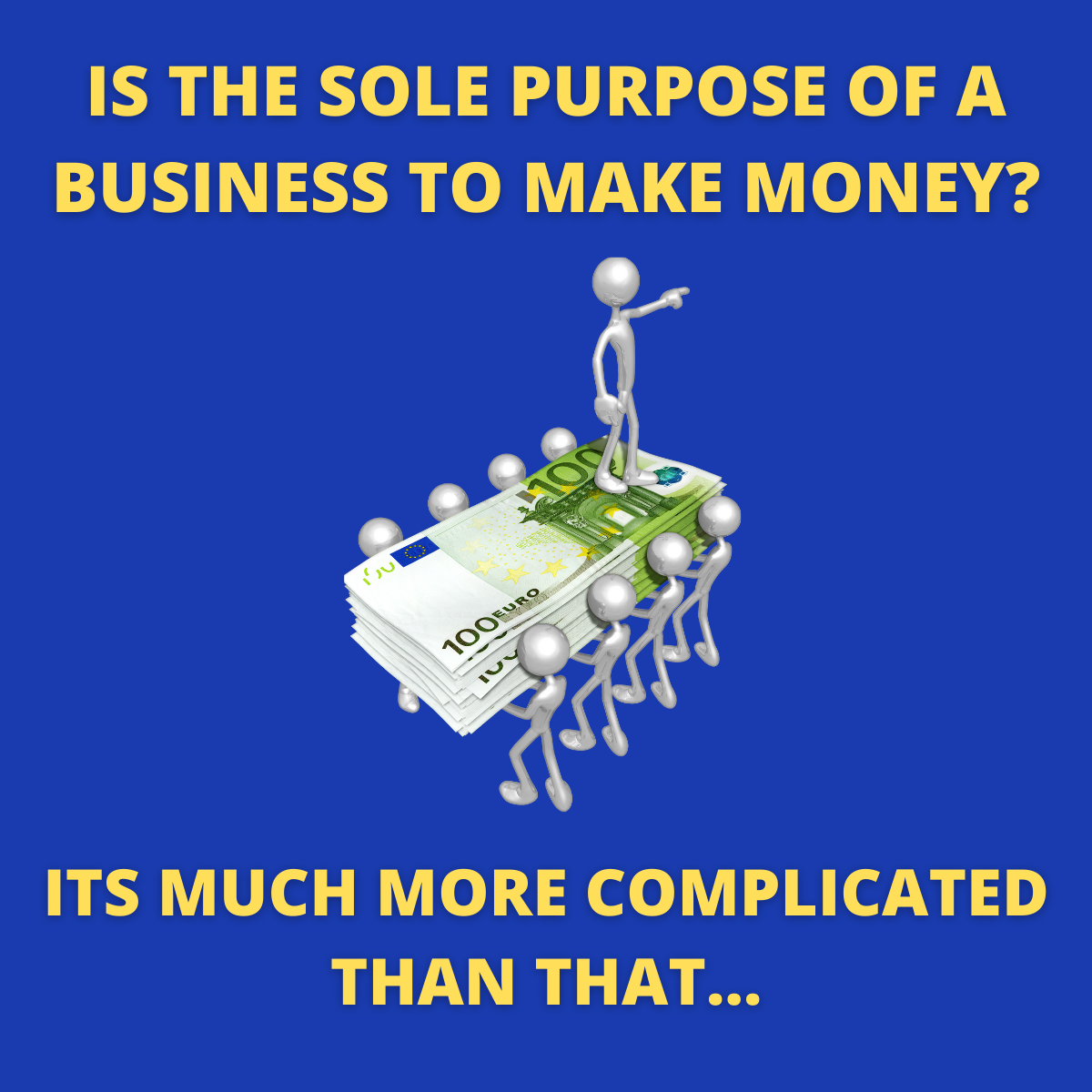 The purpose of business is to make a profit, but thanks to climate change, there is a new nuance, and the new IPCC report illustrates the need for ESG.

In a recent interview, Lord Browne, the former CEO at BP, said that “gone are the days when you can say you are solely in business to make money,”  (37 minutes in.)

For the former boss of such a massive oil company — a company that is an example of capitalism in its purest — that is quite the statement.

But it does illustrate an important point; pure, ruthless, profit-obsessed capitalism isn’t always the best outcome.

Charles Nash, the mathematician who you may be familiar with via the movie The Beautiful Mind, starring Russel Crowe, came up with a mathematical formula called the Nash Constant for picking the optimal option. But the Nash Equilibrium assumes you don’t trust your accomplice; you assume they will confess, so to reduce your sentence, you confess too in anticipation of this.

There is a more fun example: Adam and Eve go for a country walk. There are five pubs en-route: ‘in order, they are ‘The Rational Choice.’ ‘The Second Contract,’ ‘The Foole,’ ‘The Sensible Knave,’ ‘The Extra Trick’ and ‘The Triumph of Reason’.

Adam and Eve have different preferences; for example, Adam favourite pub is the ‘Extra Trick’ and Eve’s favourite pub is ‘The Triumph of Reason.’ But they both broadly agree they prefer the pubs further out.

This chart shows their respective order of preference.

There are some rules. Whenever either Adam or Eve declare they want to stop, they must do so. They are both aware of each other’s preferences, and they cannot negotiate or agree on a plan in advance.

As Adam prefers the ‘The Extra Trick’ to ‘The Triumph of Reason’, he will want to stop at this pub.

In other words, by following the Nash Equilibrium acting solely in their selfish interest, they stop at Eve’s least favourite pub and Adam’s fifth favourite pub.

If instead, Adam and Eve had acted altruistically and trusted each other, they would have gone all the way and stopped at ‘The Triumph of Reason,’ a pub they both much preferred to the ‘The Rational Choice.’

This is the problem with totally selfish behaviour, the principle of which the theory of capitalism is built upon; the outcomes are seldom optimal.

For broader context, see David Hume and the sensible knave:

Take another example; Keynes’s paradox of thrift. In a recession, we tend to save more — that is the logical thing to do when focusing on oneself. But if we all save more, the recession gets worse. The selfish, Nash Equilibrium thing to do is save more, but if instead, we all spend more, we will be collectively better off.

One more example: mask-wearing. Mask’s don’t protect the wearer, or if they do, the protection is marginal. And if you are anything like the author, you don’t like wearing a mask. So the selfish Nash Equilibrium thing to do is not to wear a mask. But wearing a mask does offer some protection to others if you have Covid (and maybe not realise it.) So if we all wear a mask, then collectively, we are better off.

Recycling is time-consuming. Dropping litter saves us the hassle of having to look for a bin.  If we all drop litter, we all end up worse off.

If the purpose of business is solely to maximise profit in a way that assumes everyone else is acting selfishly, then forget climate change and doing ‘your bit.’

The customer and ESG

The core case made for ESG is often that customers want it. Your customers expect the companies they buy from to uphold specific ethical standards — so, if you don’t oblige them, you will lose business.

Likewise, some investors are similarly motivated.

Climate change, as highlighted by the IPCC report, is becoming a significant threat to society.

But the greed is good; a profit maximising company might see an opportunity to get an advantage over rivals by ignoring costly ESG practices.

However, this risks seeing a backlash from customers — that is the superficial reason why the IPCC report illustrates the need for ESG.

There is a second reason why a company may want to adopt ESG and act with a conscience. The forward-thinking company may anticipate future regulation or even fines for poor ESG practice. It may thus reason the sooner it puts ESG into practice, the more competitive it will be in the future.

Then there is the issue of authenticity. For the reasons explained above, a company may conclude that applying ESG is essential, but achieving this requires a CEO or board that genuinely believes in ESG. In this way, authenticity is created.

But let's set those arguments aside. Let's assume that applying ESG carries a cost.

The researcher Robert Axelrod came up with an alternative to the Nash Equilibrium — what he called Tit for Tat. Under Tit for Tat, each individual assumes their partner in any particular situation can be trusted. So the arrested criminal trusts the fellow criminal to stay quiet. Adam trusts Eve and Eve trusts Adam to select the pub with greater sympathy regarding what the other wants.

Axelrod assumed that Prisoner Dilemma situations are repeated over and over again. He worked out that if we trust others to think of the greater good but punish those who don’t with a sanction, we end up with a better outcome.

So that is Tit for Tat. There are multiple variations on this theory, but we don’t need to go into them here.

That is why a vampire bat will throw up its dinner in order to feed another hungry vampire bat. Gross example but altruistic nonetheless.

The theory goes like this; if Tit for Tat creates better outcomes, wouldn’t evolution hardwire a tendency towards altruism into our DNA?

The theory suggests that people can act genuinely unselfishly and altruistically automatically — without any deviousness. It rather contradicts the ideas of Ayn Rand with her focus on the needs of individuals.

And Tit for Tat applies to business too

Setting aside the possibility that customers might demand a company that follows ESG principles, set aside the imperative to prepare for future regulation, the theory of Tit for Tat provides another reason for a company to sacrifice profit maximisation.

A company might reason it could make more money by ignoring climate change imperatives. But if all companies did that, as the IPCC report clarifies, the outcome would be terrible for everyone, including the company concerned.

That is why making money is no longer the sole purpose of business. Instead, just like the vampire bat, by acting responsibly for society as a whole, the ultimate outcome is better for all, including the company, which still maximises profit in the longer term.