Has social media created a digital version of Frankenstein's Monster? 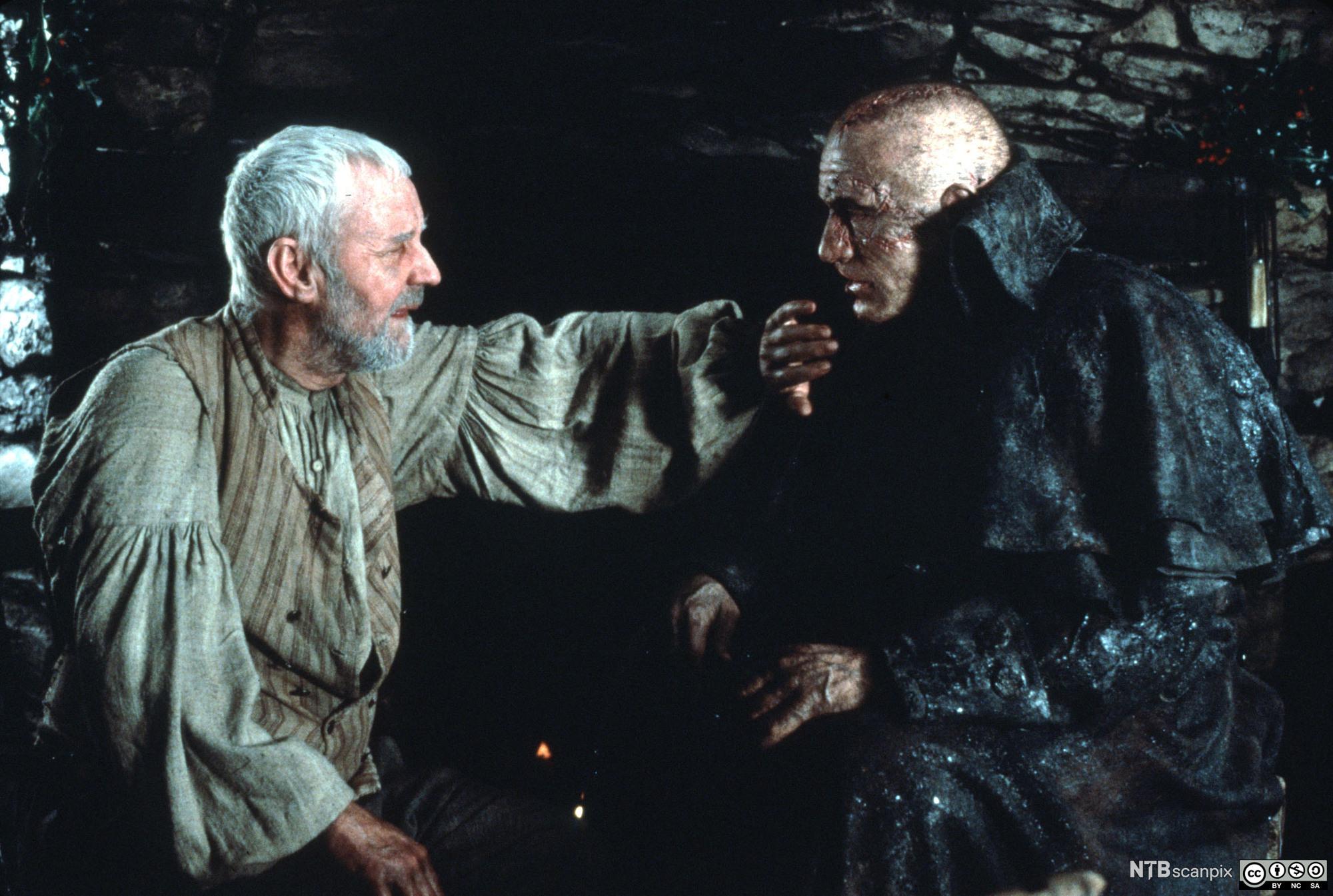 Social Media reflects the dark underbelly of human nature, even when posters are trying to be nice, says Rob Hughes, who proudly boasts that he strives to be the dumb one, often "quite successfully." But has social media created a monster?

Man," I cried, "how ignorant art thou in thy pride of wisdom!” ― Mary Shelley, Frankenstein

Facebook's public spat with regulators shows both a disregard for decent discourse and politicians demonstrating just how out of touch they really are. With claims of election interference, personal data leakage and a disregard for lies and hate speech regulation, Mr Z seems to have created an out of control monster, like a digital equivalent of Frankenstein's monster,  that he seems rather fond of. The idea of connecting with lost school friends and posting nostalgic pictures we never knew existed has eroded into a shouting match, the collapse of old acquaintances and 'more of the same' algorithms creating echo chambers, rather than reuniting friendships. Facebook seems unwilling to try and fix any of these problems and instead decided to extend its ability to track its users' movements across the internet, and even capture data in its WhatsApp chat service.

No one in their right mind would walk past a newsstand, see a heading on a magazine, stand on a platform and start shouting about how outraged they are

Twitter is a warzone that has demonstrated just how wicked people can be in less than 280 characters. Anything that only allows you to state your message in so few words is forcing you to take a single side in any debate and do so in as condensed and amplified way as possible. Once you've stated your position, there is no coming back; others retweet every 'tweet' on 'that side of the debate' and the emotions rise to a point of no return.

The internet and social media divide. Take a phenomenon known as group-polarisation,  in which crowds exaggerate the tendency of the average person within that group. Put a group of individuals together whose views are typically mildly right of centre and create the appropriate conditions and they move so far to the right they make Attila the Hun seem like an old softie.

LinkedIn is, was, who knows what. This is the place to come (a bit like Instagram) for anyone wanting to tell the world that they have a new job, to shout about how great it is to work for a company that sends its new employees a cool branded sweatshirt and a cap they'll never wear. For businesses, it seems to be not much more than a soapbox for vendors. It tells everyone why they're better than their competitors by showing them a positioning chart from an analyst house that they're paying to be positioned by (I know, you couldn't make it up). Of course if you really want the 'premium' experience, it will cost you up to $120 per month, and for that you get ... well you get the ability to do more of the above.

The monster emerges from headlines

How can I put it it? The real issue with social media platforms is the lack of regulation. There I said it.

The fact is that no one in their right mind would walk past a newsstand, see a heading on a magazine, stand on a platform and start shouting about how outraged they are. This is really what social media platforms have become, stages for the ignorant. I know, it sounds elitist, one-sided and obnoxious to say such a thing but bear with me and I'll explain why this is the only conclusion that makes sense.

We know that all of the major academic and leading 'knowledge-based' companies have a social media presence and the worlds 'mainstream' media outlets. These academic organisations often have deep research (not news) divisions that spend years looking into the subject, company, idea or person that they are talking about in their article. These are often very good papers that help us expand our knowledge, understand both sides of the conundrum, and give us an objective viewpoint on important and sometimes, not so important topics. They all come with a headline, though, and this is often when the monster emerges.

Headlines are designed to draw you in and seldom represent the whole story, a great headline sells newspapers but doesn't tell you anything. On social media, the sheer amount of stories and articles is like swimming in a sea of 'points of view', and with limited time, readers choose whatever they feel most passionate about to read. This is where the real problems arise, the average attention span is widely reported to have dropped and no matter which source you cite for this statement, it seems that this is true. However, there is also more to it than meets the eye, and the problem is not in shorter attention spans but in more of the population taking part in the discourse.

SEO (search engine optimisation) is killing wit. A few years ago, the Telegraph ran a hilarious headline. It was during the euro crisis.  The paper led with a photo of the G20 with Italian Prime Minister Silvio Berlusconi apparently ogling — or letching — at  Argentina's President Cristina Fernandez de Kirchner. The headline stated: 'Return of the leerer." But wit like that isn't possible for most publications. Where is the SEO in a caption like that? It would be devoid of keywords.

The problem is that social media posters seldom get beyond the headline, some will get towards the second paragraph, and around 38 per cent of people leave without scrolling, even once. The amount of that 38 per cent who then share the same article on social media is higher than those who read the whole thing. This article from Slate offers some frightening statistics on how long people actually read a piece. So, we have people who have not read about the topic, sharing the article and coming to the conclusion that they are correct, because this article says so, which of course it does not.

The people who follow these people are often cut from the same cloth, let's face it those following the Kardasians are not those following the insights on physics of Stephen Hawkins. This creates echo chambers that get louder and a louder until the point where you can't be wrong, as everyone else agrees with you.

The idea of so-called 'celebrity' seems to drive the need to be relevant, and the more we share, the higher the social medias algorithms place us, as 'relevant' to the topic. The people who follow these people are often cut from the same cloth, let's face it those following the Kardasians are not those following the insights on physics of Stephen Hawkins. This creates echo chambers that get louder and a louder until the point where you can't be wrong, as everyone else agrees with you.

A CEO once told me that if I'm the smartest guy in the room, I'm in the wrong room.

We see many 'debates' where someone throws a tantrum based on a news outlet's headline. (These are often much more subjective than the article itself - I use the word 'often' loosely here.) The said person rants about the injustices and feels the need to postulate themselves to anyone else reading the post. Many will 'like' the post and agree with the person but only a few, if any will have read the article that is referred to by the person making the comment. There always seems to be someone who has actually read the article, who then calls out the angry poster and points out that they are incorrect (not so politely) in their assumptions and then the fireworks start.

Having spent quite some time looking into the to and fro of these arguments, it seems that supplying research often debunks peoples own statements. They just never get to the end of the article they use as proof of their position; in fact, they seem to seldom get beyond the opening assumptions in any article. The idea that someone who quotes reputable sources in support of their position, when it ruins their position seems bizarre, almost stupid. Yet, this is what social media has essentially become, we have let the voices of celebrities with opinions only, to drive our thinking into disparity and fuel any perverted suspicions that we have, deep within our complex minds.

I've had the opportunity to work with and converse with some outstanding people over the past 20 years of my career. A CEO once told me that if I'm the smartest guy in the room, I'm in the wrong room. This observation has driven the direction of my relationships in business and personally ever since. I strive to be the dumb one, quite successfully. This has forced me to read as much as I can about the things that the room cares about so that I can be part of the discussion, rather than just the one in the corner wearing the dunce hat. It has also made me realise that the people that  I thought were smarter than me, have actually done less research than I have, so I change rooms. Not only has this helped me talk to 'big brains', but it has also taught me that the only thing I really know, is that I know nothing (I know, blatant plagiarism).

Socrates concluded that he was better off than his fellow citizens because, while they thought they knew something and did not he was aware of his ignorance

Perhaps it's time for an algorithm that clearly states how long a poster who is referring to an article, has actually spent reading the article. Or even award credibility points to those quoting external resources. This way we can know if a person has bothered to read to the end of an article and let the rest of us know if there are in in reality a Kardashian or a Hawkins!

Or, as  Mary Shelley put it: "When falsehood can look so like the truth, who can assure themselves of certain happiness?”