The inflation debate heats up and it matters, but pessimists are ignoring technology 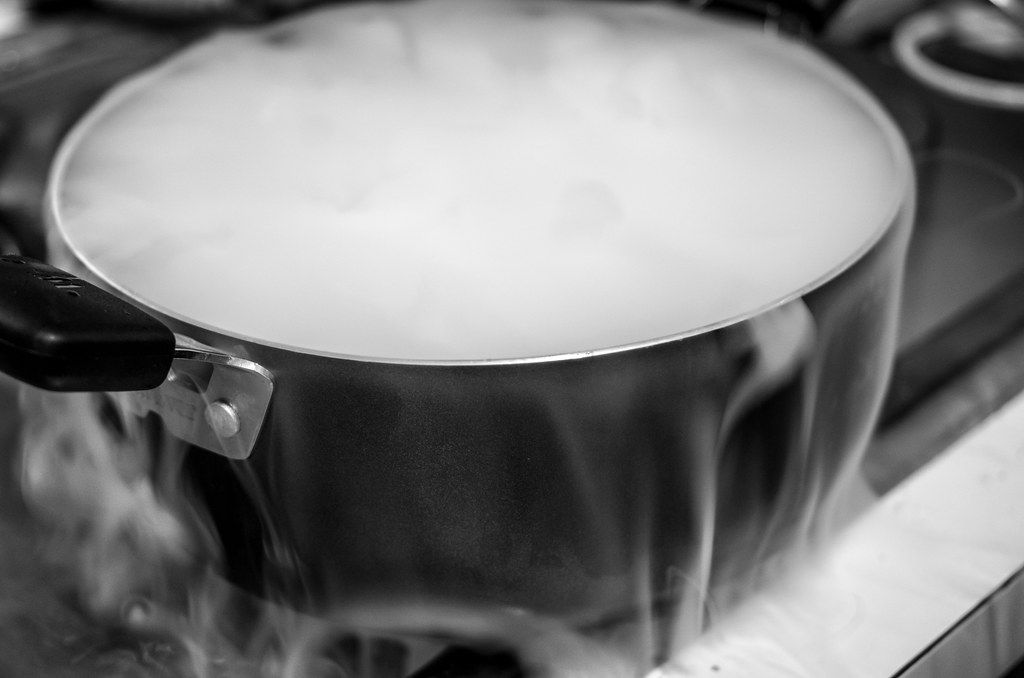 The debate over whether fiscal stimulus will lead to inflation is getting more heated, and this really does matter.  I don't think inflation hawks are taking adequate account of technology.

Inflation used to be considered public enemy number one: back in the 1970s, it surged and threatened to rip the heart out of the global economy. As a reaction to this episode, neo-liberalism was born. Drawing on Milton Friedman and Friedrich Hayek's theories, Margaret Thatcher and Ronald Reagan changed the economic system. Although it may be over-flattering these people to put it all down to them, neoliberalism emerged because of the economic conditions of that time.  Today, inflation is back on the agenda, but look at the data, and one could be forgiven for feeling puzzled.

The data suggests inflation is currently about as threatening as a new-born puppy. Yet, everywhere we turn, we see warnings that the beast called inflation is set to return.

Before we turn to whether this is likely, we should consider why it matters.

The government is not like a household. When times are tough, the household will rein in spending, affecting the immediate family. But what a government does affects everyone. If the government spends less during a recession, aggregate demand across the economy falls, and we could end up seeing the recession get worse. This is a contentious point, but consider the narrative post 2008. We were told austerity was a necessity. Government cutbacks were announced, and yet government debt rose. That’s another related point about austerity; under certain conditions, a reduction in government spending can lead to an increase in government debt. The phrase that gets forgotten here is ‘under certain conditions.’

It seems to this writer that you can link the crisis of 2008, leading to austerity with the rise in political polarisation we see today. So it really matters.

You can also link the crisis of 2008 to the neo-liberalism cause, which itself ties in with the idea government must balance its books. And all of this you can link to 1970s inflation.

But the idea that government spending must be linked to taxation is not valid. In the case of a country that issues its currency, especially in a country where it trades internationally using its own currency, a government can spend what it likes by printing money. This principle especially applies to the U.S., U.K. and Japan.

The limitation to how much money can be printed is inflation. It is possible, of course, that if a government spends more than it receives, inflation will result. But if that is the case, it is something of a coincidence.

This is where modern monetary theory enters the debate. In essence, it says governments should spend what they see as appropriate and introduce whatever level of taxation is required to stem inflation.

The problem with this theory is not that the principle is wrong; it is more about discipline and temptation — governments that adopt this approach will never have the political will to increase taxes when inflation emerges and that they will always over-spend.

What we see today is like a softer version of modern monetary theory. Governments are not printing money, but central banks have cut interest rates to around zero — allowing governments to borrow at near-zero per cent.

The warning is that this will lead to inflation — and so we see a repeat of the 1970s and the circle begins again.

Joe Biden wants to follow an approach called ‘build back better.” It involves a $1.9 trillion stimulus to kick-life back into the U.S. economy, post Covid.

Under President Trump, the U.S. national debt rose by $8.3 trillion, to around $30 trillion.

See it in that context, and one could be forgiven for asking why there is so much opposition to Biden’s $1.9 trillion plan.
And across the economic spectrum, economists warns of trouble ahead.

Larry Summers, a former U.S. Treasury Secretary under Bill Clinton, has recommended caution. The stimulus “would represent the boldest act of macroeconomic stabilisation policy in U.S. history. Its ambition, its rejection of austerity orthodoxy and its commitment to reducing economic inequality are all admirable,” he wrote. But added: “Yet bold measures need to be accompanied by careful consideration of risks and how they can be mitigated.”

Olivier Blanchard, the former chief economist at the IMF, warns that the Biden “programme could overheat the economy so badly as to be counterproductive.”

Both Summers and Blanchard are both seen as ideologically from the left — or at the very minimum, the centre — which makes their warnings all the more serious.

But some of the criticism is both odd and galling.

Larry Summers is a supporter of the idea of secular stagnation, which suggests that the western economy is haunted by weak demand, explaining the necessity for low-interest rates. His opposition, qualified though it is, to Biden’s plan does seem to be slightly at odds with secular stagnation, a theory first developed in the 1930s during a period of deflation.

But the criticism is especially galling when it comes from the right because, under President Trump, the U.S. national debt rose by $8.3 trillion, to around $30 trillion. See it in that context, and one could be forgiven for asking why there is so much opposition to Biden’s $1.9 trillion plan.

There is one more point. Post 2008, we were warned repeatedly that inflation would be an inevitable consequence of quantitate easing. It wasn’t. Now the same people who gave warnings then, are repeating those warnings.  Given their track record, should we believe them?

It might be worth considering why inflation has been so low over the past twenty or so years.
There is no simple explanation, but let’s consider some of the reasons for low inflation:

If some or all of the above factors go into reverse, inflation may result.

Post-2008 the advanced world faced a demand problem on the back of a balance sheet recession.

Technology is mostly missing from the inflation debate
In 2021, it is argued by inflation hawks; there is a supply problem caused by lockdowns, and demand could surge as many households have built up high savings during lockdown.

But consider these arguments in the light of deeper forces.
If the reversal of globalisation continues, then that could be inflationary.

Theoretically, climate change may also be inflationary because it may lead to continued rising costs. I am personally less pessimistic. I am pessimistic about climate change but think we underestimate the positive benefits of technologies used to combat climate change, such as the falling cost of renewables and increasing investment in the sector.

But I think technology is mostly missing from this debate.
Post Covid, remote working will stay in place among companies and people, where it works. We are seeing growing enthusiasm for a more balanced work/life balance and it turns out that adult humans are quite good at being just as productive without the leer of middle management, which has led to increased productivity at lower costs.

A.I. and automation will lead to increased productivity too.
Or take autonomous cars — when we see the sharing economy merge with autonomous vehicles, the economic impact will be enormous.

The 1970s was not a good decade for productivity or technology, not like the previous 25 years. That is why inflation was so bad during the decade (don’t fall for the narrative 1970s inflation was caused by rises in the oil price, inflation is more of a case of continuous increases in prices and is not caused by one-off cost increases.)

We see high unemployment but massive potential for increased productivity. These are not the conditions that lead to inflation.
There might be timing issues, and a modest increase in prices for three or four years may result whilst we realise the full impact of the fourth industrial revolution. But modest is the keyword here, and personally, I think any inflation we do see will be extremely 'modest' and short-lived.