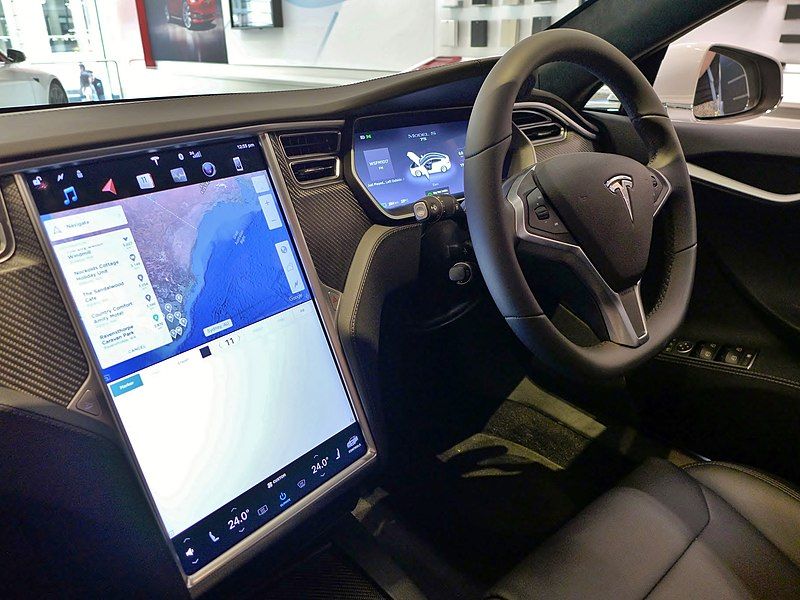 Tesla isn't a car company. It's a software and AI company that could yet benefit from the auto equivalent of the cloud.

My first PC was an Olivetti. I had forgotten what brand my latest PC is until writing this article and observing the Lenovo logo, even as I write. My point is that except for Mac owners, most people have no interest in their PC's identity; they all look the same anyway. It will be like that with cars too, and that is why a certain rather well known electric vehicle company is not as ridiculously valued as critics think. As various investment reports have recently suggested, such as from Baillie Gifford.

Tesla is a software company; it is more like Microsoft than IBM, and one day, people will ride in Tesla compatible cars. Add AI to the mix, and Tesla becomes even more interesting. (Of course, it is also a battery company, but that is another story.)

Without software, hardware isn't much use; IBM failed to appreciate this. These days when we talk about desktop and laptop computers, we use the generic term PC. We don't say Dell, or HP, or Lenovo, etcetera.  But not so long ago, we referred to most PCs as IBM compatible computers. Famously, IBM secured little commercial benefit for lending its name to a standard that went instead to an obscure software company from Seattle called Microsoft.

To make their hardware sell, many video games console companies became software companies too, such as Nintendo and Sega, Mario Brothers and Sonic the Hedgehog. Many tried to control the market by making software companies pay them to write software for their devices — that is the proprietary route. And in the video games market, proprietary still works. In mobile phones, there are two competing standards: iOS and Android. In PCs, there is macOS and Windows.

Currently, we are at the first wave of 21st-century disruption, of the auto industry — the rise of electric vehicles. But this will be swiftly followed by the second wave, autonomous cars. Once all vehicles are autonomous, we will almost instantaneously see the third wave; car sharing/Uber model/robo taxis.

I am not sure that logistics companies will go down the vehicle sharing route; I suspect they will own the delivery trucks they use.
In rural areas, especially rural areas in the US, where the libertarian ideal is so strong, there will be the greatest resistance to car sharing.

In the battle to dominate the operating system of autonomous cars, Tesla is an operating system with a big dollop of AI included.
I haven't entirely made up my mind whether Tesla will be akin to Apple — in which it's operating system applies to its cars — or Microsoft, in which case, cars from Toyota, Ford, VW and so on, will be Tesla compatible.

Because the user's benefits from having a standard system for autonomous cars are limited, we might be less likely to see a monopoly emerge in autonomous vehicles. To explain further, when computers used different operating systems, it was a pain — the software you wanted might not have been compatible with your computer. It was a similar story with video players — that is why we eventually moved to a video standard — VHS, and Betamax died. With autonomous cars, platform standardisation may be less critical —  time will tell.

Or, to put it all another way, Tesla is selling hardware — it's cars — to establish its AI-based operating system.

Robot drivers are safer than humans finds study, but convincing humans will be the challenge

When we move to car sharing, we will only pay for a car when we use it; or maybe take out a monthly subscription. In this sense, the autonomous car model will be akin to the cloud — we can turn usage up and down when we need it.

Two of the world's top five companies by market cap, Amazon and Microsoft, are essentially cloud companies. (Top five are Apple, Aramco, Microsoft, Amazon and Alphabet.)  Sure, cloud isn't all that Microsoft and Amazon do, but it has become vital to their success. The cloud is also becoming an ever more critical part of the Alphabet business.

The big opportunity for Tesla, the software and AI company, will emerge when the auto equivalent of the cloud, namely car sharing, emerges.

Apple, Alphabet (via Waymo) and perhaps Uber are likely to be its main rivals, unless the current car giants pull their socks up fairly promptly.

That is why Tesla has such a massive valuation, and critics who say Tesla's valuation is ridiculous for a car company with such little market share miss the point.