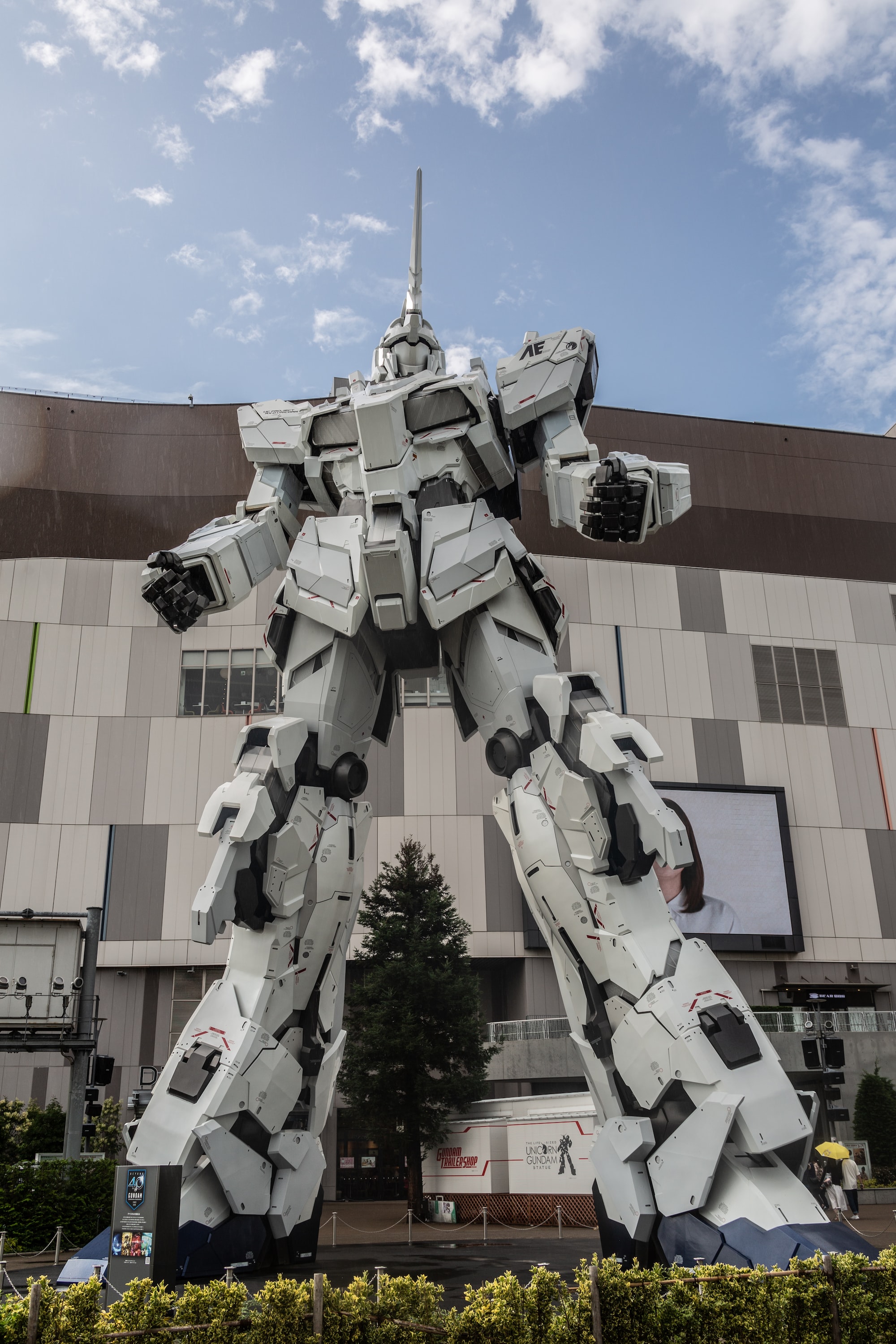 Productivity is about to soar, economic growth will surge, but inflation won't make a hasty return, and why? Technology will create this low inflation economic boom.

The markets are still not getting it; fiscal hawks who think we are all going to hell in a handbasket simply don't get technology. That is why they are underestimating likely economic growth this decade and overestimating likely inflation.

Jerome Powell, Fed chair, is not exactly on the left. When he was appointed to the illustrious role of heading the world's most powerful central bank by President Trump, many feared he would be an organ for Trumponomics and bash out right-wing rhetoric. Like previous Fed chair's Ben Bernanke, Alan Greenspan and Paul Volker, Powell is a Republican at heart — a fiscal hawk who believes in the imperative of keeping government spending under control. But Powell, like all Fed chairs of the last 30 or 40 years, including the slightly more left-leaning Janet Yellen, believes in facts and the power of reason. He understands technology even while critics and those who support the lazy narrative that inflation is set to return with a vengeance don't.

Alan Greenspan has his critics, but he did get technology. In his book, Age of Turbulence; he waxed lyrical about Gordon Moore's famous prediction that computers would double in speed every 18 months. Greenspan correctly predicted the productivity boom of the 1990s and accurately projected inflation would stay low despite low-interest rates.  His critics say his policies fuelled a debt bubble, and they could be right, but at that time when he set monetary policy, it wasn't a debt bubble his critics warned about; it was inflation — and we can now say, with the benefit of hindsight, they were wrong.

What Greenspan failed to predict was the productivity slowdown that would follow eventually, from around 2008, perhaps before.   It is this slowdown and nothing else that is the underlying cause of economic problems today. And if you are about to say, "what about Covid?" let me pre-empt you; I think the long term effect of Covid will be higher productivity and a bigger economy than would otherwise have been the case.

Powell and his team at the Fed predict US growth in GDP this year of 6.5 per cent and inflation of 2.4 per cent. Or, to put it another way, they expect the economy to grow much faster than normal and for inflation to be modestly above target. However, they expect inflation to fall back next year.

It will take longer before the economy returns to the trajectory it predicted before Covid, but as was told here previously, the OECD believes that by the end of next year, US GDP will be at the level it was projecting two years ago.

The global economy could fully recover next year, says OECD — it underestimates the opportunity

But let's move away from the Fed and the US economy to the other side of the pond.

Earlier this week, when revealing the latest Purchasing Managers Index for UK services, IHS Markit said that UK service sector growth expectations are the "highest in the world by a wide margin."

It continued: "To fuel the recovery, companies are rapidly pivoting towards investment in technology assets. Cloud technology was commonly cited as a priority area for tech spending in the next 12 months (55 per cent of all survey respondents), followed by data analytics (46 per cent) and cybersecurity technology (46 per cent). Additionally, nearly a third (29 per cent ) of manufacturers plan to invest in robotics, while artificial intelligence ranked highly among tech spending intentions for service providers (23 per cent)."

I have been writing about the economy for just shy of 20-years, and never before have I read  a report on a Purchasing Managers Index that has gone into so much detail on technology.
The penny has dropped. The fourth industrial revolution is happening. When Greenspan correctly predicted a technology-led boom 30-years or so ago, he was actually forecasting the results of the third industrial revolution — although we didn't call it that at the time.

Now the fourth is here, and it is changing the world

Yes, there are some reasons to expect inflation, such as reversal of globalisation and pent up demand caused by lockdowns, but technology trumps all. It even trumps Trump.

Take Robert Gordon. I would not usually classify myself as a fan. Gordon is a technology cynic, who believes technology progress is slowing, a point of view with which I passionately disagree. But even this arch technology cynic recently said: "This shift to remote working has got to improve productivity because we're getting the same amount of output without commuting, without office buildings, and without all the goods and services associated with that. We can produce output at home and transmit it to the rest of the economy electronically, whether it's an insurance claim or medical consultation. We're producing what people really care about with a lot less input on things like office buildings and transportation. In a profound sense, the movement to working from home is going to make everyone who is capable of working from home more productive."

Actually, when you drill down and look at the detail within Gordon's work, I would say I agree with between 90 and 95 per cent of what he says. It is his overall conclusion and a particular assumption that leads to this conclusion, with which I disagree.

He believes that the fourth industrial revolution will be a pale shadow of the past's industrial revolutions, and he partly bases this prognosis by looking at the way technology has progressed. Where he errs, and frankly this is an error that many people make, is to expect the impact of technology to be gradual — bit by bit. That is not how technology progress works. Sure the innovations are gradual and incremental, but we see periodic tipping points leading to revolutionary applications of technology. An example of such a tipping point was at the end of the 2010s when different technologies had all advanced to a certain level, and we saw a convergence making touchscreen smartphones possible.

We will see a similar tipping point when it becomes clear that autonomous cars are safer than cars driven by people.

Robot drivers are safer than humans finds study, but convincing humans will be the challenge

Researchers from Sussex University have worked out how to create transistors from graphene.

As Noel Smith correctly pointed out recently, "Looking back at history, we see that general-purpose technologies often take a long time to start lifting productivity by measurable amounts. The reason is that when new technologies appear, you can't always just swap them out for existing ones — you often have to entirely reorganise your systems of production around the new technology, and that's a difficult and expensive process."

Smith predicts a boom in service productivity in what he describes as a Zoom boom.  He is right, and I have been predicting this since the early days of the Covid crisis.

"I think 2021 will see the beginning of one of the strongest runs for the economy ever. Alas, it will also be a time of extreme danger. This is why I think it's time to plan ahead?" March 19, 2020.

Prices rise when demand exceeds supply. Inflation occurs when demand continues to exceed supply. We may get short-lived and modest inflation later this year and next because there may occasions when consumer spending recovers faster than productivity. It also takes time for the economy to adjust to structural changes; for example, remote working may reduce demand for cafe and sandwich stores in city centres, leading to job losses. But demand for cafes and sandwich stores may increase locally, leading to new jobs. Initially, job destruction may outpace job creation, but then local businesses will ramp up supply and job creation will exceed destruction.

Automation will lead to some job losses, and although it will also create new jobs, there will be time lags.

The threat and why the inflation narrative is dangerous

Times of innovation need to be accompanied by fiscal and monetary stimulus. In the 1930s in the US, monetary policy was too restrictive, and despite the amazing innovations of previous decades, the US experienced a Great Depression. It took a world war, a massive Keynesian stimulus and social change, creating less inequality and social justice to create the post-war boom.

Note how volatile USA inflation was during the late 1940s and 1950s; it may be similarly volatile over the next couple of years, but also note how average inflation over a ten year period, and starting in 1948, was still modest. We risk overreacting to a temporary spike in inflation, but as this data shows, this is quite normal at the start of a major boom. Data source:

Circumstances are similar today. Just as World War 2 forced the adoption of new technologies, so has the Covid crisis. Just as World War 2 led to a massive fiscal stimulus, so did Covid. But the post-war boom didn't lead to inflation; that came 25 years later, when we had finally exhausted the potential created by past innovations.

But the inflation and fiscal hawks are in panic mode. They are wrong to panic, but if they were to influence policymakers — a particular danger in the UK and across much of the EU — the sparkle may be partially removed from the recovery.

And we have to grapple with the dangers of technology innovation exacerbating inequality. Trickle-down economics won't do, it has to be a gushing torrents of wealth creation flowing down, or we risk social unrest, squeezed consumer demand, and it will be more like the 25 years that followed World War 1 than the 1948 to 1973 era.