The great resignation, a tale of two countries 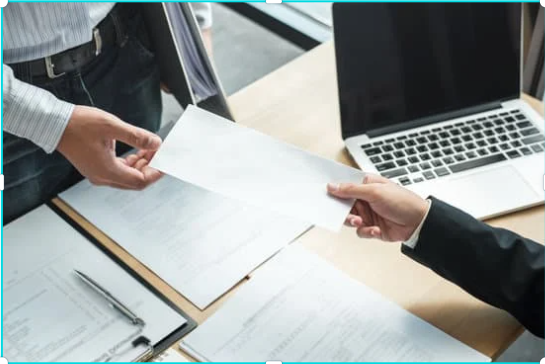 Employees are considering quitting their job, meanwhile in China, tech billionaires founders are resigning; it is the Great Resignation, and the reasons couldn’t be more different.

“It was the best of times; it was the worst of times.” In the UK, 38 per cent of those surveyed say they may quit their jobs in the next six months.

A survey from Microsoft also found that globally, 41 per cent of employees were considering quitting and/or changing professions.

Meanwhile, in China, another tech billionaire is stepping down. This time it is Zhang Yiming, founder of ByteDance, the company behind TikTok. Mr Zhang says he will be stepping down by the end of the year. “I lack some of the skills that make an ideal manager,” he explained humbly.

As Oscar Wilde might have said, “To lose one tech billionaire founder may be regarded as misfortune; to lose three seems like carelessness."

But while the Great Resignation plays out in China and the rest of the world, the words of Dickens seems more apt.

Or so began “The Tale of Two Cities.” He was describing London and Paris before and during the French Revolution.  But today, it is more like a take of two systems. Chinese billionaires quit for reasons that might be different from the reasons given. It might be a kind of collectivism mentality, of course, a greater willingness to accept one’s faults and prioritise a greater good, or it just might have something to do with the state and the long gaze of Uncle Xi.

Elsewhere, the motivation is different.

She puts it down to the pandemic creating a changed mindset.

She said: “The pandemic separated us all from many of the things we love in life - travel, friends, family, all those things that may mask any dissatisfaction we feel with our work. Collectively, people in the UK and all over the world have gone through and are still going through what is ultimately a traumatic experience - and that has flicked a switch in our minds to think about where we are and what we are doing in life, what do we want from it?”

She added, “The behavioural elements at play here are like a sense of loss. In general, there’s a feeling that people have lost a year of their life, which leads them to thinking, there’s got to be something more, or I want something more.”

Of course, another factor might be at play, especially in countries like the UK. During the pandemic, the increase in house prices supported by cuts in interest rates created a sense of financial security among many older generations.

What can be done?

For companies wishing to hang on to staff, Lindsay Kohler has some advice. She said: “Business leaders need to figure out how they can connect an employee’s individual drivers and values with those of the business - it’s about a sense of fulfilment and many people in the UK don’t feel fulfilled at work, whether that’s down to a lack of appreciation, poor management, a disconnect with the culture or a mix of all these things. People want to be passionate about their work."

“I also think the impact of the pandemic on the way we work is playing its part. Those employers who don’t offer flexible working or allow their teams to work how they work best going forward may find it hard to retain top talent.

As for China, well, it is a deliberate policy.

For workers who feel they have the luxury of being able to consider returning or a career change, it is the best of times. But, unfortunately, for tech billionaires in China, it might be the worst of times — but whether the Chinese state is being wise or foolish remains to be seen.