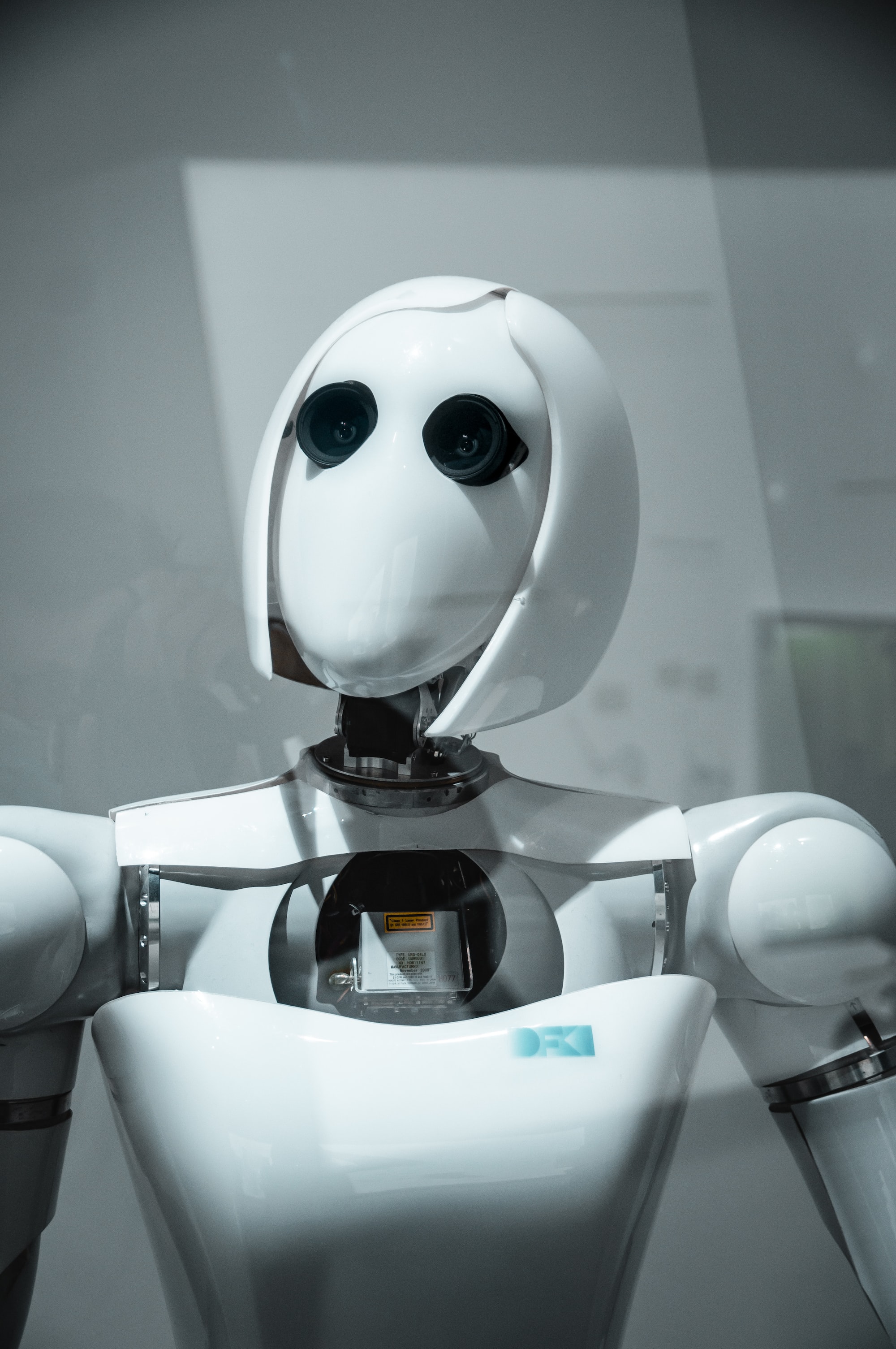 Take the smartphone. If you have a long memory, you might recall smartphones before the iPhone and Android. We thought they were remarkable at the time, but they represented incremental change, and were not changing the world.  In 2007 Steve Jobs announced the iPhone. See this video of Mr Jobs in action on that auspicious day making one of the most famous business presentations ever. If a touch screen phone with a screen-taking up the entire front of the phone, had been launched sooner, it would have died.

Things had changed, but few spotted it. That is why we no longer think of   Blackberry/RIM and Nokia when we think of phones. As this video shows, there   were many cynics, including the then Microsoft boss, Steve Ballmer. But three factors were at play.

There was Moore's Law — named after Gordon Moore, the co-founder of Intel. In 1965 he noted that the number of transistors on an integrated circuit doubles every two years. Later the timeframe was shortened to every 18 months.

When something doubles that fast, it becomes a million times bigger/faster after 30 years. By 2007, Moore's Law meant that computers had sufficient power to offer the kind of features that a consumer device like an iPhone or Android needed to enjoy mass popularity.

The late Harvard Professor, Clayton Christensen developed a theory to explain disruption — it's called innovator's Dilemma  This theory is celebrated across the world, cited by companies trying to be immune to disruptive technology, yet in a way; the ramifications stretch further than is appreciated.

Not everyone likes the theory; some resist it. I think the problem is that crucial to the idea of Innovator's Dilemma is that there are certain things we don't know. Companies have to be willing to change and tear up well thought out business plans — that can be quite unpopular with some.

The theory explains how market-dominant companies can lose their position of strength. Christensen took as his model an industry that is notorious for changing fast — the disc drive business. Christensen noticed something. For as long as the industry was evolving, market leaders maintained their position of dominance. But when there was a more radical shift to new upstart companies.

The tragedy for the companies that lost out is that some of their employees saw it coming. Often the engineers and techies argued that the company needed to prepare for the next shift. But the marketing people, with their charts, surveys and data, dismissed the threat. One can imagine a kind of hierarchy of noses turned down — "what do you techies know?" "Who let you out, anyway?" And "These new disc drives you are so excited about, they are just, err, just toys."

The trouble is, the customer surveys were not so accurate. The customer didn't understand what was about to change. And toys can become mainstream.

Take Tesla as an example. A few years ago, you would have been hard-pressed to find an auto industry expert who took electric vehicles seriously. "The idea isn't even new," they would say, "the first cars were electric then we discovered the internal combustion engine. Electric cars are fine, as, err, as toys."

But they were wrong. The experts failed to appreciate the significance of advances in battery technology and were unable to appreciate how fears over climate change would inspire some customers. Maybe, for early adopters of the Tesla, the car really was little more than a toy. But, the rest, as they say, is history.

Why Apple didn’t always follow the customer too closely
"Listen to your customer," or so the wise heads of business tell   us. Maybe, however, it is a mistake to listen too carefully, and sometimes the customer is wrong.

Take the smartphone. Fourteen years or so ago, not many people would   have said they wanted a touch screen phone.

Fortunately, for fans of the iPhone and Android, When Steve Jobs and   Jonathan Ive were developing the iPhone, they didn't pay much attention to what the research said the customer wants.

They cared about the customer, but in a more subtle way.

They understood that if the iPhone was done right, customers would   want it. And the two men agonised over design, on getting the details right.  They nearly dropped the project altogether because in early   designs either Jobs or I've accidentally dialled a number with their ear when the phone was held close.

But as Steve Jobs once said: "It's not the consumers' job to figure out what they want.". Jonathan Ive and Steve Jobs broke the golden rule: they didn't listen to their customers.

The former Apple marketing guru, Guy Kawasaki, says: "Customers cannot tell you what they need. If you ask customers what they want, they will tell you: 'Better, faster, and cheaper' —that is, better sameness, not revolutionary change.”

He continued: “They can only describe their desires in terms of what they are already using —around the time of the introduction of Macintosh; all people said they wanted was better, faster, and cheaper MS-DOS machines. The richest vein for tech start ups is creating the product that you want to use. That's what Steve and   Woz did." In this entertaining presentation. Mr Kawasaki expands on this theme and draws quite a few laughs.

What about the future? What will be the most disruptive technology of the next decade or two?

There are many contenders, including AI, quantum computing, augmented and virtual reality and brain to computer interfaces. But the technology that is in poll position is CRISPR/cas9. Don't get us wrong; the others are a big deal too.

They will also complement each other.  AI and quantum computers will support CRISPR/cas9. Brain to computer interfaces will have an extraordinary impact, but they are probably more than a decade or two off.

CRISPR/cas 9 is one of the most extraordinary breakthroughs   of all time. It is the technology for editing DNA. And it exists in nature — bacteria can acquire immunity to specific threats by applying the technology. CRISPR is the technique they use to edit DNA and cas9 is the protein that makes it possible.

CRISPR/cas9 was discovered by Emmanuelle Charpentier and Jennifer A. Doudna in 2012, and they won the Nobel Prize in Chemistry for their efforts in 2020QR Code here.

In this video, Jennifer Doudna explains CRISPR/cas9 in more detail. So, what are   the implications? Gene-editing technology could be used to wipe-out genetic diseases and create super-crops that don't need damaging antibiotics to thrive. Some have even argued that CRISPR/cas9 could be applied to reverse ageing.

But It could be used to create enhanced humans, creating a rift within humanity, dividing us between enhanced and non-enhanced — inequality in its most extreme form.

As a certain Vladimir Vladimirovich Putin put it, the technology could also be   more terrifying than the nuclear bomb. Here Mr Putin explains his hopes and fears concerning this technology.

And for countries too

Take the discovery of iron. Bronze was a metal for the elites. During the Bronze Age, tin was hard to come by. In a region around the eastern shores of   the Mediterranean and the Middle East, great civilisations flourished including ancient Egypt, Assyria, Crete Hittites focused on modern-day Turkey and Babylon. Then, around 1150BC, there was a collapse of   civilisations across the region. It is quite possible that the Siege of Troy told by Homer occurred during this period.

Or take the collapse of Rome. There are so many reasons for this   collapse, but one fatal error was not to embrace start ups and to understand   new disruptive technology. That is one of the lessons of Innovator's Dilemma, why so many large corporations work with start ups today, via accelerator and incubator schemes for example.

In this case, the disruptive technology was the military prowess of the Huns. Rome failed to grasp the true nature of the threat until it was too late.

Maybe start ups is not the right word, but the relationship between Rome and the Goths is analogous between that of a large corporation and start ups.

When we think of the collapse of Rome, we often think of the Huns and the Goths. But the Goths largely wanted to work with Rome against these fearsome warriors with their disruptive   technology, namely their particular version of the bow and arrow and their horse-riding expertise.

Rome did work with the Goths, but it   was a relationship in which the Romans saw themselves as superior. Rome paid   the ultimate price; the city of Rome was sacked by Alaric of the Goths in 410   AD.

The big question however, relates to us. Might humanity get disrupted, are humans analogues to to 14 inch disc drives in the tale of Innovator's Dilemma.  If we are, we may need to learn the lessons of disruption or else we might be to the the latter half of the 21st Century and a period we refer to as the fifth industrial revolution, what Kodak is to photography today.