A PC Renaissance is approaching 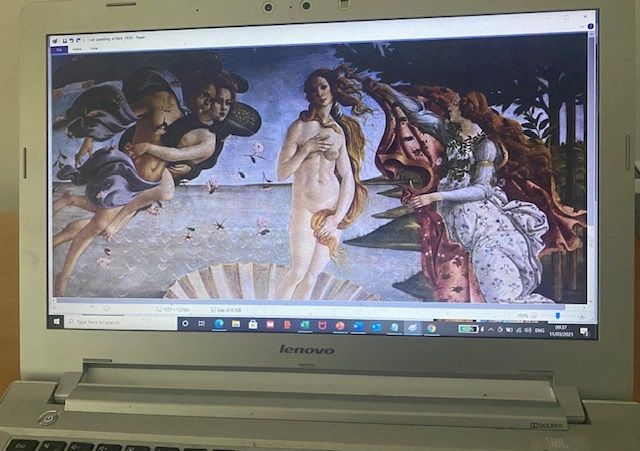 Not so long ago, spending on hardware devices, especially PCs, seemed to have peaked, but Techopia reckons we are about to see a new spending splurge and a new PC Renaissance is coming.

Computer rage — have you ever had it? I wonder if it’s the single biggest downside to computing — I know someone who failed to get into the army because when he was a child, his mother thought he had anger issues and made him see an expert. And why? Because he used to shout at his computer when playing video games. But I don’t know about you; I think that’s normal. I like to think of myself as a calm, even-tempered person, but I can tell you that the air turns blue sometimes when me and my PC are alone. I defy anyone who has ever done anything mildly hardware intensive on a computer, from playing a challenging game to editing a video or even designing a website, to not occasionally scream and shout at a computer.

And that takes me to a need for speed. Time was when people dreamt of owning a red Ferrari or Lamborghini, shifting from zero to 60 in a few seconds, with the roof down, your partner by your side. These days my fantasy is for a PC with enough oomph in its engine to do stuff without crashing.

The 2012 to 2017 period was a rough period for hardware. According to AksjeBloggen.com, “spending on IT devices” fell for five years in a row during this period. And I can see why. PCs could mainly do the tasks we wanted them to do. Whether you used a PC, tablet or smartphone, whether Facebook, shopping, word processing or spreadsheets, was your main activity, most computers could handle the work without raising a sweat.
Maybe that is the real reason why Moore’s Law slowed down, not because of the laws of physics imposing a limit on computers. With ingenuity, we can usually develop a way around physical barriers, but because the need wasn’t there.

Sure, we needed computer power for gaming, but Nvidia filled that niche. We need computer power for deep learning, but that ain’t mass market, and Moore’s Law needs volume for it to work.
It is different now. We live in the age of Instagram, when editing a video or photoshopping an image has become a mass market.
Then there is software robots. UiPath has set this target of a robot on every desk.  The dream is that one day all of us will have robot assistants.  Now that will need processing power.

How long before we all have AI assistants? “Morning, Dave,” or whatever your name is, “Don’t forget you want to do fifty sit-ups this morning, Miranda.”  Or, and I like this possible application of AI, “this could be fake news, there is evidence that suggests that ...blah, blah.”

And all this will require computing power.

After combining data from Gartner and Statista data, AksjeBloggen said that mobile phone sales are expected to generate $552.4bn in revenue by 2024, a 9.5 per cent increase in three years, while the global laptop market is projected to increase by four per cent, hitting $147.9bn in this period. That takes the total up to $700.3 billion.

But I wonder if this is just the beginning. We are entering a period when our thirst for computer power is likely to become unquenchable again.

This, in turn, may turn the spotlight on chipmakers.  When people talk about extending Moore’s Law, attention often turns to quantum computers; they will be great for specific functions, like cracking passwords or protein folding, but I am not so sure we will use them to edit videos, render graphics or power a software robot.

Researchers from Sussex University have worked out how to create transistors from graphene, the single-molecule thick wonder material first isolated in 2014, Computer processing power is a function of the number of transistors on an integrated circuit, but it appeared that we had reached the physical limit of how many silicon-based transistors we could squeeze onto such a circuit.

A University of Sussex press release stated: “By creating kinks in the structure of graphene, researchers at the University of Sussex have made the nanomaterial behave like a transistor, and have shown that when a strip of graphene is crinkled in this way, it can behave like a microchip, which is around 100 times smaller than conventional microchips.”

So put it all together. There is a need for greater computer power as AI creates mass applications, and social media creates demand for new, more challenging computer requirements. This is reason enough to assume demand for the latest PC technology will increase rapidly.  Combine this with a new urgency for computing power. And combine this with technologies such as applying graphene.

A computer hardware Renaissance is approaching.