AI made Google map of the human cortex possible 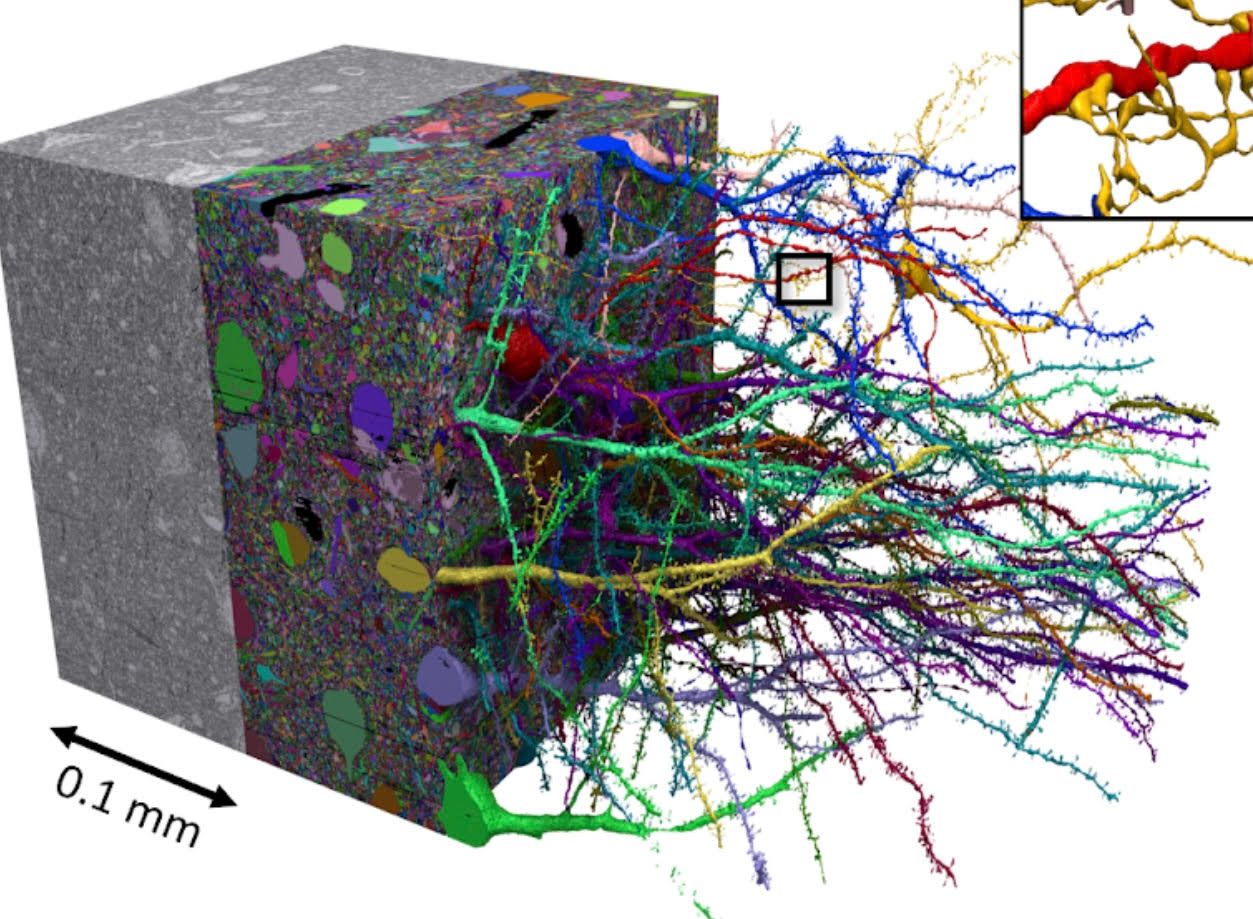 Google and Harvard researchers have managed to create a four-nanometre reconstruction of the human brain; this incredible map of the human cortex was made possible by AI and other advanced computing technology.

Will AI ever become truly intelligent, or even sentient? Maybe a more pertinent question is to ask is whether AI might help us understand human intelligence maybe even sentience. A team of researchers at Google, working with the Lichtman Laboratory at Harvard University, have managed to map a portion of the human brain. The problem is that the map they have produced covers a tiny fraction of the brain. The more encouraging news is that one expert in in this area once thought it would take a million years to achieve what the Google and Harvard teams have managed. And it is thanks, at least in part, to AI.

The ultra-high-resolution map, which was taken from human brain tissue, relates to an area of the human cortex, the part of the brain associated with “most higher-level cognitive functions, such as thinking, memory, planning, perception, language, and attention.”

The reconstruction required 1.4-petabyte rendering and the data created is at a four nanometres level of resolution, that’s four-millionths of a millimetre.

The result is a map or a dataset that, to quote Google, “covers roughly one cubic millimetre of brain tissue, and includes tens of thousands of reconstructed neurons, millions of neuron fragments, 130 million annotated synapses, 104 proofread cells, and many additional subcellular annotations and structures — all easily accessible with the Neuroglancer browser interface.”

The authors of the report  describing the project, Tim Blakely, Software Engineer and Michał Januszewski, Research Scientist, Connectomics at Google say: “The primary goals of this project are to produce a novel resource for studying the human brain and to improve and scale the underlying connectomics technologies.”

The role of AI and computer technology

While the resulting dataset is over a petabyte, the authors say it only covers one-millionth of the volume of an entire human brain.

There is another issue.

The human brain is dynamic, its end result is a function of ever-changing interactions. Even if a complete map was produced, it would only show the human brain in a moment.

Even so, this is a stunning achievement. As Sebastian Seung, a famous neuroscientist pointed out in a Ted Talk, the human brain “contains 100 billion neurons and 10,000 times as many connections.” Seung refers to the combination of all these neurons and linking synapses as a connectome. He said that when he set out on his quest to understand the human brain he thought it would take a million years for a single tracer to manually map all the connections in a cubic millimetre. By inference, that meant a trillion years to map out the entire brain to that level of detail.

The Google paper states: “The sheer size of future data sets will require developing new strategies for researchers to organize and access the rich information inherent in connectomic data. These are challenges that will require new modes of interaction between humans and the brain mapping data that will be forthcoming.”

To put the complexity of the brain in context, according to Seung, “your connectome contains one million times more connections than your genome has letters.”

Even so, the mapping of the human genome illustrates both the challenge and opportunity.  When the completion of the initial human genome project was announced in 2000, President Bill Clinton said: “Today, we are learning the language in which God created life. With this profound new knowledge, humankind is on the verge of gaining immense, new power to heal."

But then not much happened. Okay, that is a little unfair, but the mapping of the human genome didn’t lead to any incredible breakthroughs, straightway.

But forward wind the clock to 2020. Within two days of receiving the Covid genome sequence, Moderna had designed its mRNA based vaccine.

The cost of sequencing the human genome has fallen from over $2.7 billion to around $1,000.

There are time lags. But as computer technology advances, the time it takes decreases. During the early stages of the human genome project, critics said that at the ‘current rate of progress' it would take thousands of years to complete. But they didn’t factor in Moore’s Law.

The reconstruction of one cubic millimetre of a human cortex is a monumental achievement, but to fully map out the human brain and understand its dynamic interactions will be many orders of magnitude more challenging. But then technology advances exponentially, it won’t be long before the next monumental achievement.