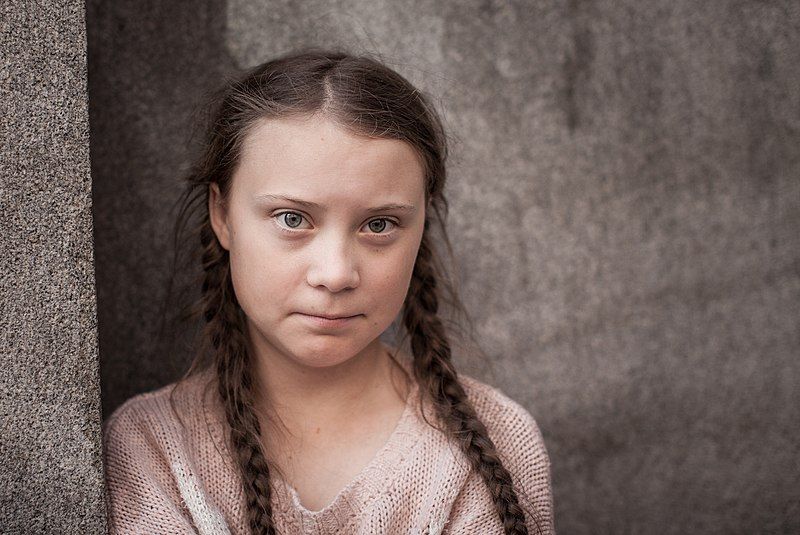 Greta Thunberg, the silly young girl — or so goes the polite version of the narrative. The story goes that Greta Thunberg had a message for the Chinese people: "Greta Thunberg urges Chinese people to abandon traditional chopsticks and thus save trees and forests," went the headline.  The response: "Chinese People's response is to urge Greta to return to school, where she can learn that chopsticks are made of bamboo, which is a species of grass."

This story did the circuit earlier this year, but for some reason, made a re-appearance on LinkedIn in the last few days. And the comments in response went on and on. The polite ones talked about her needing to 'return to school.' Others blamed the parents. Others were altogether more vociferous.

Here is the problem. It isn't true. According to a fact check site, a spokesperson for Greta Thunberg said: "Greta has never made those or related comments, nor has she received such a message."

Yet, the story runs and runs, and people who read it immediately see how it supports what they were already thinking and their negative views on the poor girl harden.

Here is the question; if the truth is pointed out, will those views soften a bit? The chances are they won't. We form views for whatever reasons, but once we hold those views, our confirmation bias sets in and we form a network of other ideas supporting the initial evidence. If we then remove that initial evidence, the network of ideas remains intact.

The result is that it is tough to change people's minds. The economist Keynes said: "When the facts change, I change my mind. What do you do, Sir?"

Alas, this is an ability very few people — no doubt including the author — possess. The ability to change one's mind is a hallmark of enlightenment, but to defeat climate change, we need a lot more enlightened thinking

Talking of enlightened thinking — or rather, non-enlightened, the British MP Philip Davies wrote a letter.

Let's examine some of the points in his letter:

We (meaning the UK) are now responsible for less than one per cent of global carbon emissions.

Response: For one thing, the UK's population is slightly less than one per cent of the global population, so saying "we only account for one per cent" is no big deal; if the rest of the world took that attitude, we really would be in big trouble

This chart from Our World in Data tells the story nicely:

The China argument is a straw man argument; This is why:

"It is always striking how coy people are about admitting what the total cost of these actions will be and who will pay for it," said our MP friend. He also said that the estimated cost of getting from one per cent of global emissions to net-zero is one trillion pounds. This may be true if we tried to achieve this overnight, but there is a growing consensus that we could move to net zero by the 2030s and eventually be better off thanks to the falling cost of renewables.

"It would be much more sensible to spend money on adapting to changes in the climate…The change in the world's climate is just not going to happen — anyone who thinks every country in the world is going to take these measures is living in cloud cuckoo land."

Here are the problems with the above paragraph.

Adapting to changes in the climate alone is a risky strategy. We don't know for sure how calamitous any changes could be and how quickly these changes will affect us directly, as things get hotter. The costs of doing nothing but adapting will be much greater than humans and the other life forms that live along side us on this planet can bear.

"Change in the world's climate is just not going to happen." Well, it already has. I don't think anyone is arguing to change the climate; they want to reduce the extent to which  human activities might change it.

But there is one bigger, overriding point. Technologies that already exist can be scaled up massively, slowing down CO2 emissions and moving to net zero at costs that are not prohibitive.

The long term impact of investing in renewables will be cheaper energy. However, free market fundamentalists can't see past the idea that the markets always create the optimal long-term solution. Sometimes, the markets do indeed create optimal solutions, but not always, especially with exponential technologies which are expensive at first; this is why governments funded the human genome project; why the Internet began life as a defence project.

This is why nascent technologies, electric vehicles and renewables, needed subsidising to help them gain traction. Some technologies still need subsidies, not because they can't ever pay their way, but because we need to accelerate their adoption.

Anyone who thinks we should allow climate change to occur unabated and focus our efforts on learning to live with it is living in cloud cuckoo land.