The Year the Earth Changed - can technology help save life on Earth? 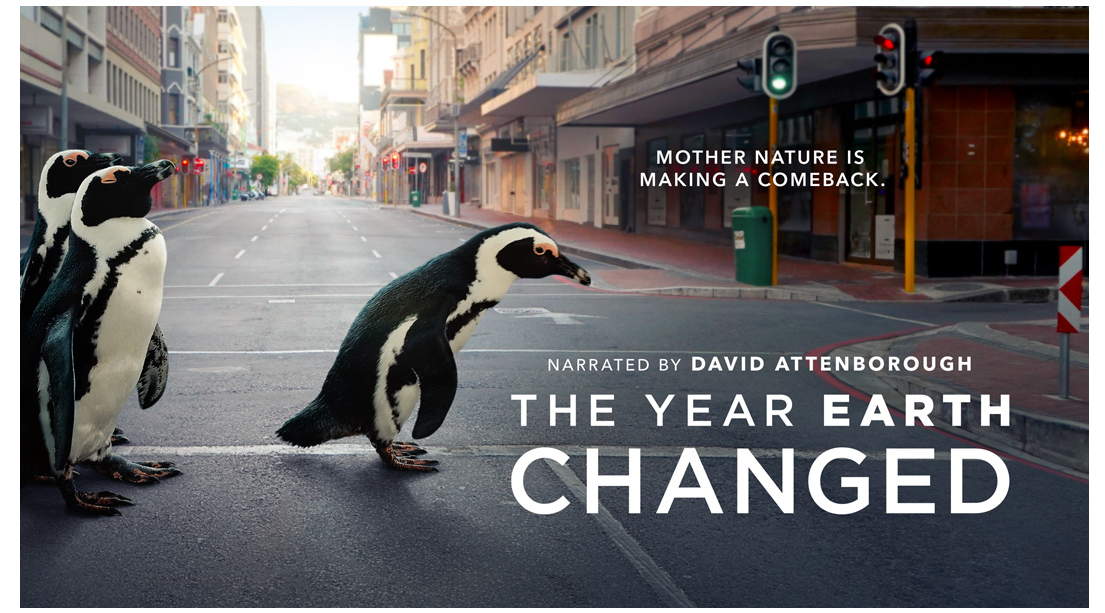 The latest David Attenborough documentary, The Year the Earth Changed, is another masterpiece; it also shows that not only do corporations need to become more responsible, there is also a need for humanity to take its responsibility seriously too?

Question:  what is the most important: humanity or the rest of life on Earth? I know that this is a false choice, that humanity needs the rest of the living ecosystem to survive, but bear with me. Imagine we crack creating food from stem cells or create synthetic food. Suppose our clothes, housing and transport are all made from artificial materials. Aside from the smallest life forms, such as bacteria that reside inside us, imagine we don’t need life to survive; that its only purpose is aesthetic. Then imagine, maybe via augmented reality lenses, we can artificially create any aesthetic landscape we want. What then?

It’s an interesting thought experiment. Does humanity have a responsibility to the animal and plant kingdom that goes beyond our selfish needs. If it could be shown that humanity poses an existential threat to the rest of the animal kingdom, should we do the honourable thing?

I ask the above because watching David Attenborough’s The Year the Earth Changed brought it home to me how humanity and the natural world are in conflict. When lockdown came along, the animal kingdom flourished.

The change occurred in the most surprising ways. Humpback whale mothers could allow their young calves to swim further afield because they can hear over longer distances, for example. The cheetah had a similarly positive experience, with a mother cheetah able to more effectively call its young after a successful hunt, no longer having to compete with the sound of cars and people watching her hunt with rapt attention, clicking on cameras.

“The moment we paused, the Earth was able to breathe again”, narrated Attenborough. And what a boon lockdown was: “On Africa’s Atlantic coast, the water cleanliness rating leaps from poor to excellent,” said Attenborough. The tale was worldwide, from the cleanliness of the river Ganges, to greater nesting success for loggerhead turtles on Juno Beach, Florida.

Seaspiracy: fact, fiction, or an example of the dangers of science journalism?

“The astonishing speed and variety of nature’s response has shown that even modest changes can make a vital difference to wildlife around the world...The extraordinary year the Earth changed has not only shown us that we can help wildlife to flourish, but, if we choose to do so, we can also transform the health of the planet for all.”

Attenborough said that if water vessels slow down, then that can help protect the underwater soundscape. But maybe another solution might be electric-powered ships.

The documentary got me thinking about how technology can make a difference. There’s renewable energies leading to less pollution, for example. Or electric vehicles, not only will they help reduce the carbon footprint of our transport system, they can reduce noise levels too. And then there is remote working. Technology makes working from home viable in a previously impossible way, and lockdown highlighted how practical the switch to remote working could be.

Some hate the very concept of remote work; Goldman Sachs boss David Solomon has called remote working an “aberration,” but from the point of view of the animal kingdom, the real aberration is us.  At least, however, remote work can help redress some of the harm we have been doing.