Cryptocurrency is inherently right-wing, says Dogecoin co-founder — he is right 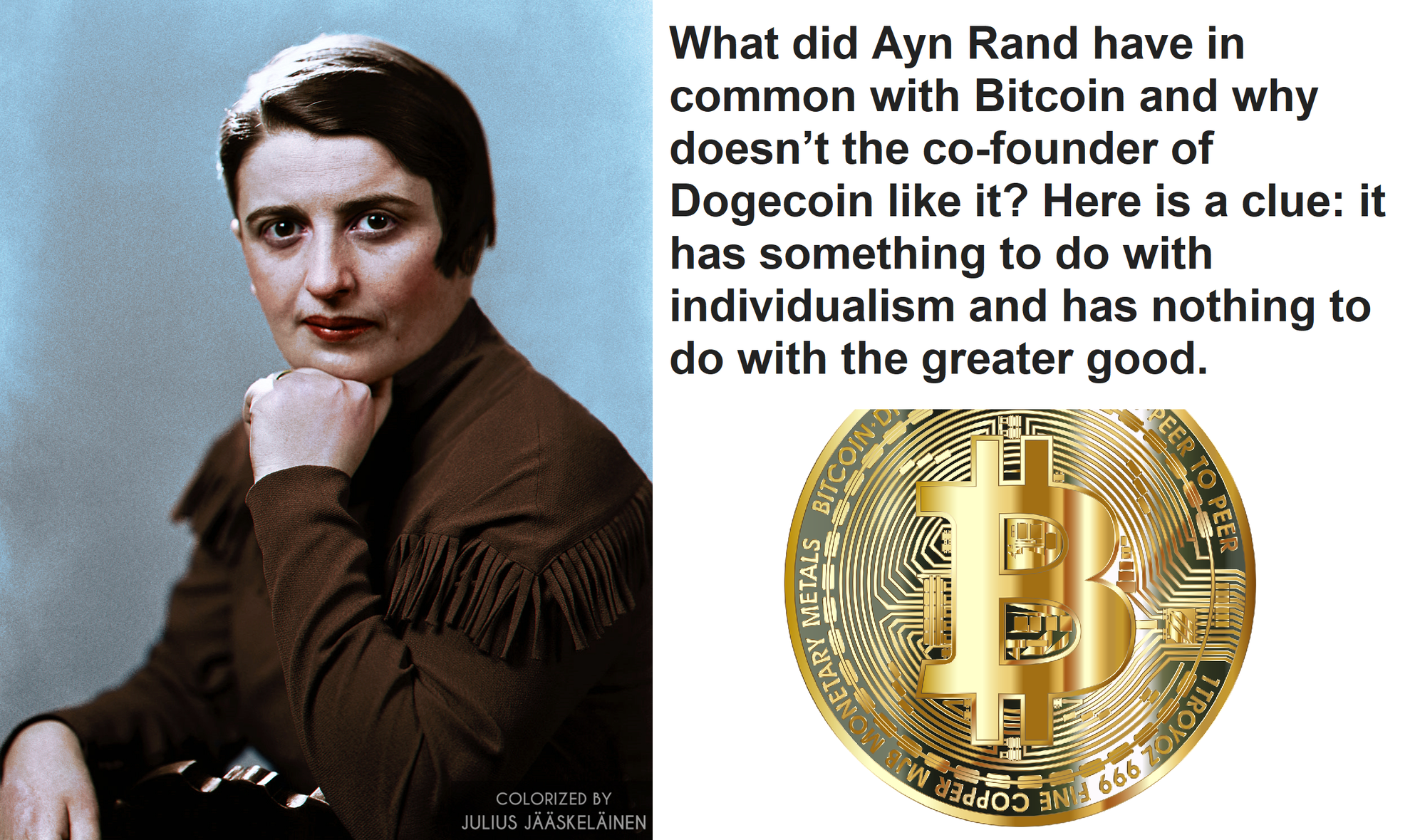 Cryptocurrency is an inherently right-wing, hyper-capitalistic technology days Dogecoin co-founder and he is right

Blockchain and the broader category of distributed ledger technology (DLT) is incredibly important technology, but cryptocurrency is just one facet of DLT.

People assume that all technologists, what we call Techopians, are pro-cryptocurrency.  But there has long been an uneasy thread at the core of articles on crypto on Techopian, and many technology advocates feel the same.

Cathie Wood at ArkInvest may hold views on disruptive technology, which we broadly share, but her opinions on Blockchain diverge from the Techopian view.

Cryptocurrency is fundamentally a libertarian concept. At core, it builds upon the idea you can't trust central banks. It is built on the concept that the money supply should not be controlled by authorities.

To be clear, Blockchain and the broader category of distributed ledger technology (DLT) is incredibly important, but the dream at the core of cryptocurrency is not one we share.

Now, Jackson Palmer, co-founder of Dogecoin and the man who is credited with the original idea, has explained why he will never return to cryptocurrency.

He Tweeted: "After years of studying it, I believe that cryptocurrency is an inherently right-wing, hyper-capitalistic technology built primarily to amplify the wealth of its proponents through a combination of tax avoidance, diminished regulatory oversight and artificially enforced scarcity."

Should we be surprised? Given that Dogecoin started as a joke, maybe not. Sometimes parody becomes a reality; the person responsible for the parody is not always happy about the outcome.

Imagine if you write some satirical piece, dripping with irony, attacking a political faction, but that faction takes you literally, and you become its hero?

There is a phrase to describe it: Poe's law, originally applied to explain the problem of irony when targeted at the creationist versus Darwinian debate. According to Wikipedia, "Without a winking smiley or other blatant display of humour, it is utterly impossible to parody a Creationist in such a way that someone won't mistake for the genuine article."  cryptocurrency industry is controlled by a powerful cartel of wealthy figures who, with time, have evolved to incorporate many of the same institutions tied to the existing centralized financial system they supposedly set out to replace."

Cryptocurrency is fundamentally a libertarian concept. At core, it builds upon the idea you can't trust central banks. It is built on the concept that the money supply should not be controlled by authorities.

It is true; there are dangers implicit in government controlling the money supply — that is why central banks are meant to be independent from government.

But if an economy sees innovation created by rapidly evolving technology, it simply must have an expanding money supply; otherwise, we descend into an economic depression, as happened in the US in the 1930s, when the collapse of hundreds of banks led to a contracting money supply. That is why banks were bailed out in 2008; authorities had learned the lesson of the 1929 crash.

Regulation doesn't exist to make life miserable; it exists because sometimes pure capitalism throws out outcomes that do not serve the greater good.

At core, the ideology of most cryptocurrencies is based on distrust of authority, the principle that unbridled capitalism is the best form of capitalism, and markets are always right.

It is an Ayn Rand type philosophy, one that says selfishness is actually unselfish, that greed is good, and that there is no such thing as the greater good, just the interests of individuals

But even that concept is corrupted; most cryptocurrency investors are uninterested in the ideology; they just note that the price keeps going up and what they want to join in.  That is the worst possible motive for investing; it is the definition of bubble behaviour.

But it does appear that the most ardent supporters of capitalism — of unbridled free-market thinking; do not practice what they preach; instead, they form cartels and rig the system; this is what is happening with cryptocurrency. Jackson Palmer also Tweeted: "The cryptocurrency industry leverages a network of shady business connections, bought influencers and pay-for-play media outlets to perpetuate a cult-like "get rich quick" funnel designed to extract new money from the financially desperate and naive."

Can cryptocurrency be good?

One of the benefits of blockchain/DLT is that it reduces the need for the middle-person and creates a ledger that one can have confidence in; smart contracts are how DLT scores. The implications are far-reaching; banks, stockbrokers, conveyancing lawyers should all be worried. All those intermediaries who skim money from the transaction should be worried, and that is good.

But as a libertarian's wet dream, cryptocurrency is a dangerous concept indeed.